Home News armed forces Seaside Discovery of a prehistoric find at the ... 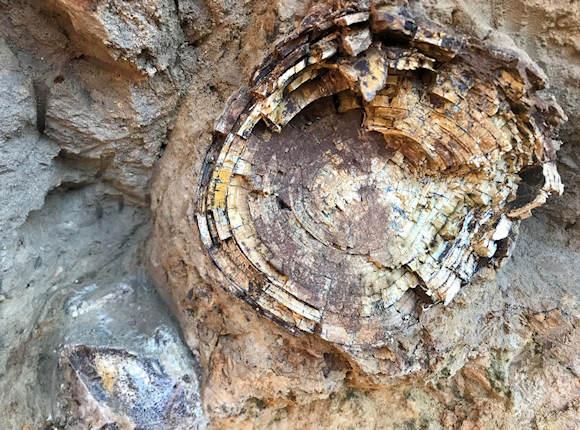 After a sleep that lasted about half a million years, a paleontological find has come to light amidst the clay soil of the Santa Rosa Marina headquarters, an operational base that houses the command in chief of the naval squadron and the multi-domain operations center Marina.

The important discovery took place on Thursday 12 January 2023, during a routine security check where the deputy commander of the base, frigate captain Mauro Felice Ciccolella, noticed within a hillside located in an area called "Valle dei Cannoni", a cavity formed naturally by the subsidence of the land above. Inside it emerged a section of material that at first sight had a wooden consistency, flanked by a dark colored object. Accompanied by sub-chief Di Gloria, conductor of the dog units at the base, CF Ciccolella cleaned up the area around the find which had a shape and consistency that could be traced back to a tusk to which a bone-like bone was attached. So intrigued by the find and in order to better understand its origin, he sent the report to the Roman superintendence, through the commander of the base, vessel captain Giuseppe Radicchio.

Dr. Cerilli described the find as a portion of a proboscidean tusk. In particular, according to the paleontologist, the dating of the find could be about half a million years ago and could be traced back to two types of ancient prehistoric animals, the ancient elephant (Paleoloxodon antiquus) or the steppe mammoth (Mammuthus trogontherii).

Furthermore, a vertebra was found on the site, divided into two portions, which has currently been delivered to the paleontologist who is proceeding with the reunion of the two pieces.

The aforementioned vertebra will be returned to the command which will be able to exhibit it in the historical room of the HQ named after "Major Alfio Brandimarte", in order to give prestige and a worthy location to the important and historic find. The superintendency, following the inspection carried out, will provide the correct prescriptions to be adopted to conserve the artefact. 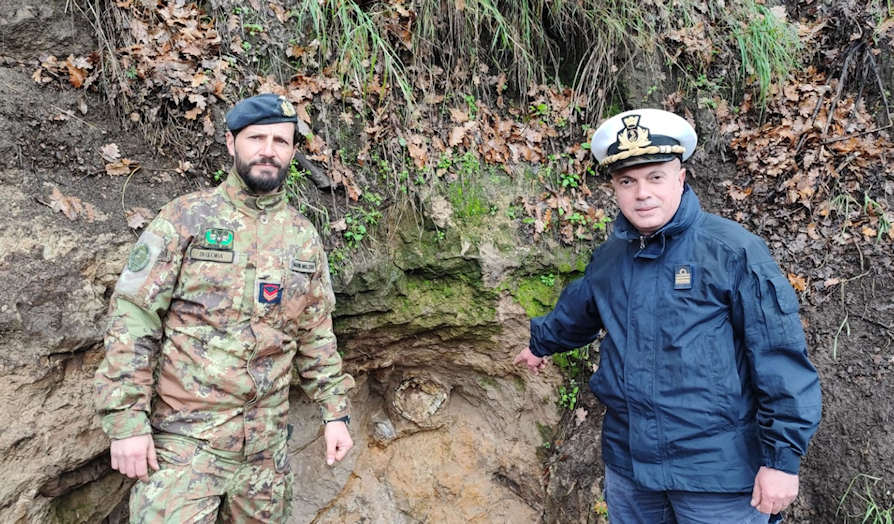 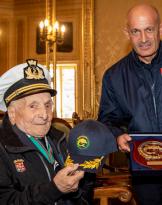 Celebrated 100 years of Mr. Camisa, submariner and veteran of the Second World War

On 20 December in the council chamber of the Municipality of Augusta, with a simple but heartfelt ceremony, were...
4459
Read