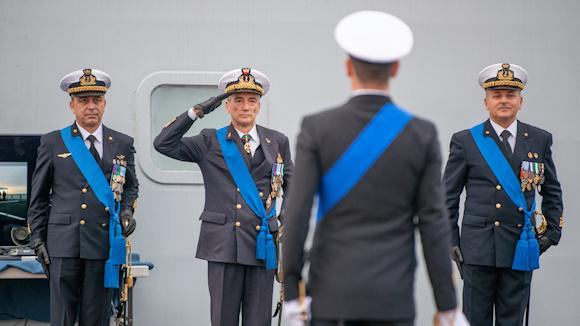 Rear Admiral Riccardo Marchiò is the new tactical commander of theOperation Safe Mediterranean (WHO): yesterday was held the ceremony that signed the alternation with Rear Admiral Luca Pasquale Esposito, in the presence of the commander-in-chief of the naval team, team admiral Aurelio De Carolis. Theater of the handover, the frigate Martinengo, moored at the Mar Grande Naval Station in Taranto.

Security and surveillance are the watchwords of the operation, which since last September 14 is in its second rotation. Presence, supervision and protection of national interests in the central-eastern Mediterranean are in fact guaranteed by an aeronaval device that protects the freedom of navigation and exploitation of fish resources, monitors national and international merchant traffic, and fights illegal activities.

Another important focus of Safe Mediterranean is the protection of strategic energy supply and telecommunications infrastructures in areas of national gravitation, to guarantee the platforms and to support our sector operators.

Not only that: cooperation with neighboring countries - through naval diplomacy, technical-logistical support and joint training - makes this operation an important instrument of union between the two shores of the Mediterranean, united by historical ties.

"I am pleased that the solemn recurrence of November 4 coincides with today's rotation. This is the so-called tactical command level, the one that operates in the field and is directly involved in the use of forces: ships, submarines, airplanes, helicopters and cores of the Marina San Marco Brigade. All realities united by a fundamental element: the personnel of the naval team that animates them "said Admiral De Carolis.

Up to 6 - including ships, submarines and an auxiliary unit used for logistical support to the Libyan Coast Guard and Navy - are the means involved to ensure presence and surveillance, in application of national legislation and international agreements in force. In support of the activity, also the organic aircraft of the ships, of the Navy and of the Air Force based on land.

In May 2022, the Defense Staff decided on the strategic, operational and tactical expansion of the maritime surveillance operation Safe Sea, launched on 12 March 2015, starting with the monitoring extension of the area, which has gone from 160.000 to 2.000.000 square km, including most of the international maritime spaces of the Mediterranean basin.

With the solemn act of Oath of Loyalty to the Republican Institutions last December 1st, at the Scuola...
268
Read

The handover ceremony of the command took place on 28 November 2022 at the naval base in Cagliari...
4475
Read

The third millennium has opened, as indeed already foreseen, with serious geopolitical crises whose effects have...
4659
Read 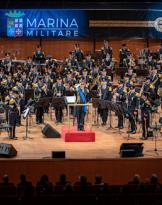 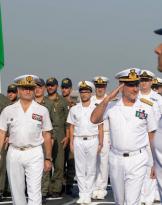 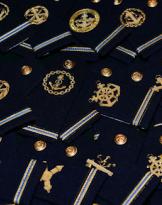 On 02 November, the training period in favor of 119 ended with the final exam for entry into the role ...
580
Read 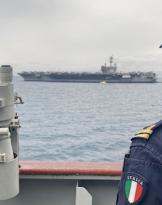