MM and Rava Foundation for the sight of South African children 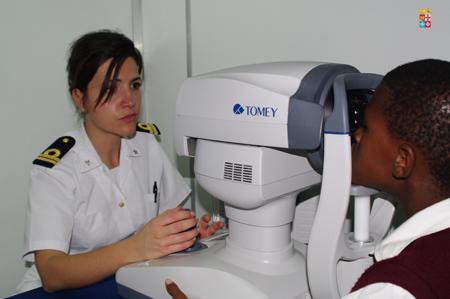 The 30 Naval Group of the Navy, composed of the aircraft carrier Cavour, the supplier Etna and the frigate Bergamini, stopped by the 5 at the February 11 in the port of Cape Town, South Africa, where the volunteer staff of the Francesca Rava NPH Italia Foundation Onlus, with the support of the Volunteer Nurses of the Italian Red Cross and of the medical staff on board carried out the humanitarian assistance activity called "Transforming children's lives through sight".

With the contribution of the entire crew and the Voluntary Nurses of the CRI, the health staff of the Francesca Rava Foundation of 25 ophthalmologists and voluntary optometrists who are alternating on board and coming from AIMO, Federottica, Register of Optometrist Optometrists, OGS, in the stage of Cape Town have performed optometry ophthalmic visits to 267 children starting from 3anni, donating 121 glasses assembled at the time, in the two optometric studies and in the laboratory set up on Nave Etna. Among the diseases found: cataracts, conjunctivitis, extraction of foreign bodies.

Since the beginning of the Humanitarian Mission, 1206 children and 258 glasses have been visited in the ports of Mombasa (Kenya), Maputo (Mozambique) and Cape Town (South Africa).

The Navy ships, from Civitavecchia the last November 13, will continue the navigation to reach Luanda (Angola) the 15 February. 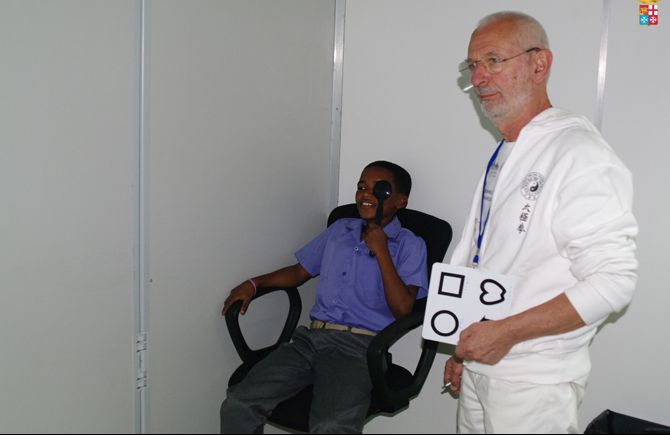 On Friday 27 January, the visit of the Undersecretary of State for Defense Dr. Matteo Perego of Cremnago took place...
652
Read

After a sleep that lasted about half a million years, a paleontological find has come to light among the soil...
2923
Read

The offshore patrol vessel Commander Foscari, after having cast off the moorings from the Augusta Naval Base the days ...
573
Read

The Director of Naval Armaments (Navarm) of the General Secretariat of Defense and National Directorate of ...
4651
Read

After a night of voting in the House Budget Committee, an amendment was approved to the proposed...
4428
Read

With the end of the PIA - Pooling Implementing Arrangement - signed in 2018 by the Defense and the US Marine Corps and the...
13167
Read