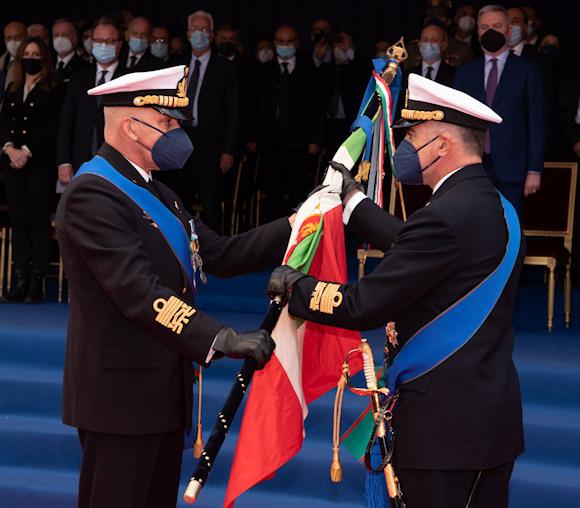 "The long navigation that the Navy has conducted in 160 years up to now is characterized by a solid international appreciation, the result of the effective contribution to the safety of the seas, particularly in recent years within the European Union, NATO and supranationals and multinationals of which Italy is part. "

With these words the Minister of Defense Hon. Lorenzo Guerini spoke today at the handover ceremony of the Chief of Staff of the Navy, in the square of Palazzo Marina. And then he continued “The challenges that await us require a modern, efficient and technologically advanced Navy. A path already started in recent years that will see further impetus in the modernization of the military instrument in progress. "

Admiral Giuseppe Cavo Dragone, already appointed as the next Chief of Defense Staff, has handed over the post to Admiral Enrico Credendino, currently commander in chief of the naval team.

Admiral Cavo Dragone, with great emotion, recalled the command just handed over “Today I am 45 years old and a month of Navy, so I think the feeling that pervades me today is very clear: it is the feeling of the one who has to symbolically hang up the navy blue uniform and wear the purple one of the interforce shortly. They have been intense years, I have been really lucky for the assignments, exciting assignments, full of challenges, full of knowledge for me and very demanding. If today I am on this stage I owe it exclusively to the closeness of my family who is here today with me, both in the beautiful moments, like today, and in the darkest, darkest moments, of crisis, I have always had them by my side . They were the reference point, the port where I could take refuge while waiting for the wind to drop, for the sea to calm again ". 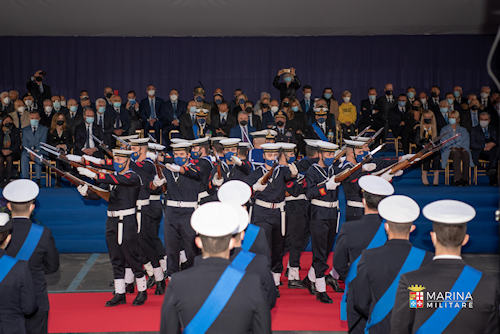 Admiral Credendino then expressed his pride in the important assignment that will see him at the head of the Armed Force "I wish to assure the men and women of the Navy, my crew, that I will dedicate all of myself with all my physical and mental resources to the leadership of the Armed Force with the determination, enthusiasm and passion of every commander who with his crew every day he takes to the sea for the fulfillment of his duty. Together we will lead the Navy towards ever more coveted and prestigious successes, for the defense and good of the country. May Vento and Mari always be in favor of us ”.

General Enzo Vecciarelli, Chief of Defense Staff, sealed the passage of the War Flag of the Navy and the Naval Forces, between the two admirals, handing "A heartfelt thanks to the more than 10.000 soldiers who every day contribute to national security in operations called safe roads, seas and skies as well as to those who with passion and solidarity intervene every time there is a natural catastrophe or a national emergency such as the current one. coronavirus pandemic. And it is thanks to all of you if the armed forces can fulfill the tasks assigned to them, express their functional essence and make the joint military instrument operational ".

At the end of the ceremony a platoon of 18 riflemen of the 3rd regiment of the marine brigade Saint Mark gave birth to the "Silent Drill", the silent march and, apparently, without orders with evolutions of their weapon: elite units of which there are few examples in the world, which with the silent march show skill, coordination, synchronism and harmony , but more deeply, at the basis of the iron will of each member, there are above all discipline, courage and spirit of body.