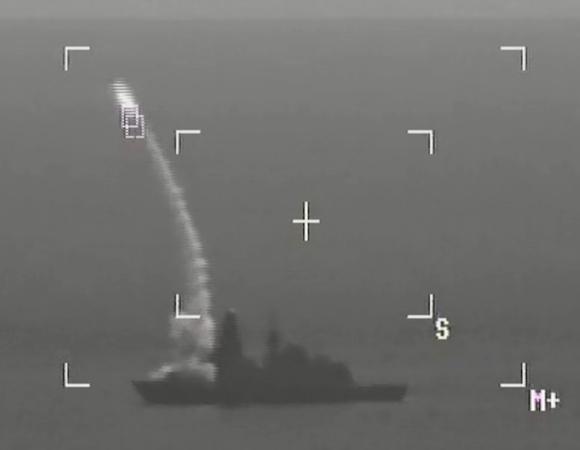 Ship Marceglia left yesterday from the port of Lisbon to head to Scotland where it will take part, from 15 to 28 May, in the international anti-missile defense exercise called At Sea Demonstration / Formidable Shield-21 (ASD / FS21) at the Hebridean polygons (UK).

The ASD / FS21 represents a unique exercise event of its kind, as it provides participants with the opportunity to train in an extremely realistic scenario, against targets that simulate different types of missile threats, giving the "at stake" nations the opportunity to evaluate in the shooting range the effectiveness of all the most recent technological evolutions in the field of integrated anti-missile defense, which leads to an increase in the speed and precision of countering these threats.

The exercise also represents a test bed for NATO that will be able to test the Alliance's ability to coordinate the operations of naval, land and air assets present in the exercise area in order to increase joint interoperability both at the exchange level data that procedural.

Italy has participated, deploying a naval structure, since 2015, obtaining, from this experience, excellent training and experimentation returns, which allow it to effectively support the development of Integrated air and missile defense (Integrated Air and Missile Defense IAMD) e Anti Theater Ballistic Missile (ATBM). These capabilities are developed by the Navy in synergy with the national industry, through the development of modern operational requirements consistent with the scenarios of use, and in collaborations with industry for the design and construction phases of vehicles; the armed force plays, today, a guiding role for national entrepreneurship with evident positive repercussions for the entire country system.

Ship Marceglia, with its 144 meters and 190 crew of men and women, it is the eighth frigate of the FREMM class (European Multi-mission Frigate) and the fourth in configuration General Purpose (GP). Built in the Genoa and La Spezia shipyards and delivered to the Navy in 2019, the unit meets the mission requirements of a wide range of maritime operations including the defense of the homeland, the control of maritime spaces of national interest and the projection of capacity from the sea and the sea.

The Unit reaches Scotland after an intense period of readiness in the Mediterranean and Atlantic Ocean, culminating in the participation in the international exercise CONTEX-PHIBEX 21 organized by the Portuguese Navy from 4 to 10 May.

From 28 May to 15 June Nave Andrea Doria integrated into the English Carrier Strike Group (CSG) to participate in the ...
466
Read

Mission accomplished for Italy with the amphibious Navy Lead Battle Group (BG) offered to the European Union in ...
589
Read

Today 19 June the Palinuro training ship arrived in the port of Brindisi, completing the first phase of the ...
228
Read

The destroyer of the Italian Navy Andrea Doria led the British naval group of the ...
9072
Read