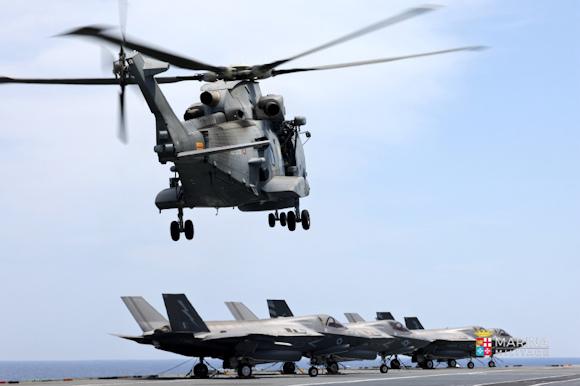 The Navy destroyer Andrea Doria last June 7 led the British naval group of the aircraft carrier HMS Queen Elizabeth through the Strait of Messina, one of the activities included in the joint training underway since 30 May.

The interaction activity between the Italian Navy and the Royal Navy, already begun in the Atlantic waters, with the presence of assets of the US and Dutch navies, is useful to promote cooperation and interoperability between the air and naval means of the Allied countries. .

Nave Doria conducted numerous training activities with the various units of the device, including the first landing of an Italian helicopter on the flight deck of the HMS Queen Elizabeth, a particularly significant moment. At the same time an MK-2 Merlin helicopter landed aboard the Doria.

The activity demonstrated the full interoperability of our assets and the absolute synergy of all the components that make up our capabilities for action in the maritime domain, also highlighted by the projection of the boarding team of the marine brigade fusiliers Saint Mark, on the HMS Queen Elizabeth and the Navy's AV-8B + took off from Sigonella which simulated air strikes on the group.

During his stay in the Mediterranean waters, the English group met him Strike Group French aircraft carrier Charles de Gaulle, upon returning from its deployment in the Indian Ocean and the Eastern Mediterranean. On that occasion, the two naval formations and the embarked air groups conducted an exercise with opposing parties, the “Gallic Strike”, which offered an extraordinary possibility of confrontation between the military navies both from a tactical and operational point of view.

From today, 9 June, the HMS Queen Elizabeth and the other units of the British naval group will be guests of the Sicilian ports. 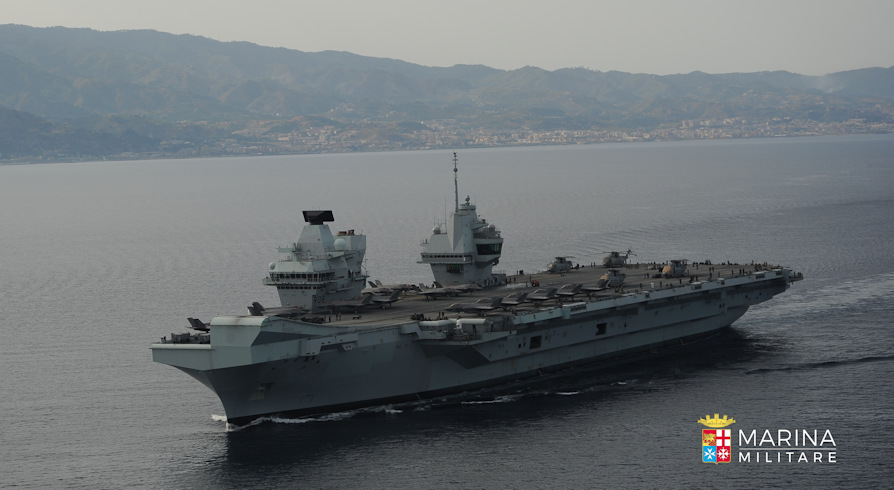 From 28 May to 15 June Nave Andrea Doria integrated into the English Carrier Strike Group (CSG) to participate in the ...
354
Read

Mission accomplished for Italy with the amphibious Navy Lead Battle Group (BG) offered to the European Union in ...
537
Read

Today 19 June the Palinuro training ship arrived in the port of Brindisi, completing the first phase of the ...
224
Read

Saturday 12 June 2021 the two monumental anchors located at the entrance to the main door of the Military Arsenal ...
312
Read 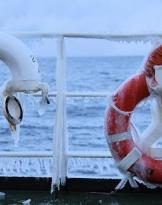