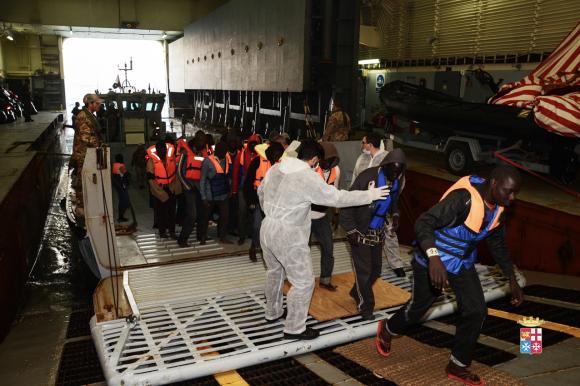 The 105 migrants rescued yesterday by the frigate Zeffiro of the Navy, were first transhipped on a San Marco ship, for the formal identification operations by the embarked State Police team, then they were embarked on the Sirio patrol boat for the transfer to Augusta.

The migrants - from Senegal, Mali, Gambia, Guinea and Sierra Leone - will reach the port of Augusta in the early afternoon today.

The sighting of migrants was possible thanks to the helicopter AB 212 of the frigate Zeffiro. The Zeffiro, having reached the boat yesterday, having noted the precarious conditions of stability and the absence of safety equipment, had begun rescue operations.

Yesterday, at 12:00, in the suggestive Piazza d'Armi of the Aragonese Castle of Taranto, the...
380
Read