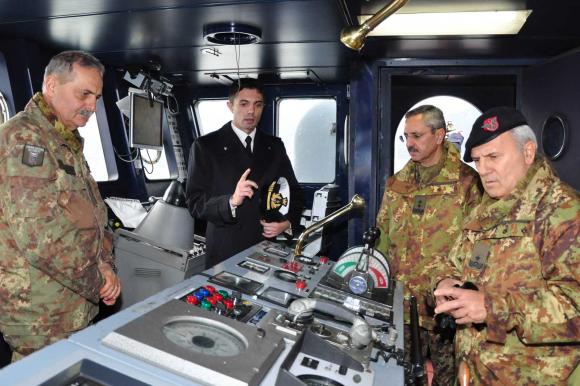 As part of the exercise called "FTX Alle Tremiti 2014", which sees the Navy and the Italian Army jointly involved, a training activity was carried out involving the Capri Ship (Coastal Transport Moto of the Gorgona Class) and some departments of the Army Logistics Command from the 8 ° "Casilina" Transport Regiment of Rome and from the Northern Logistic Command of Padua.

The exercise took place inside the Naval Base of La Spezia and involved the embarkation and disembarkation of Army vehicles on Capri Ship, verifying the procedures for their loading and for the supply of materials, simulating an intervention of logistic support in the context of a humanitarian relief scenario.

The aim is to increase the level of interoperability between the structures of different Armed Forces and thus refine the training of personnel in the phases of organization and conduct of logistic support, in anticipation of possible operational uses outside the national territory or in the homeland.

The activity took place in the presence of the Army Corps General Mario Roggio, Logistic Commander of the Army, and of the Vessel Captain Massimo Vianello at Command of Mine Countermeasure Forces and Auxiliary Forces. 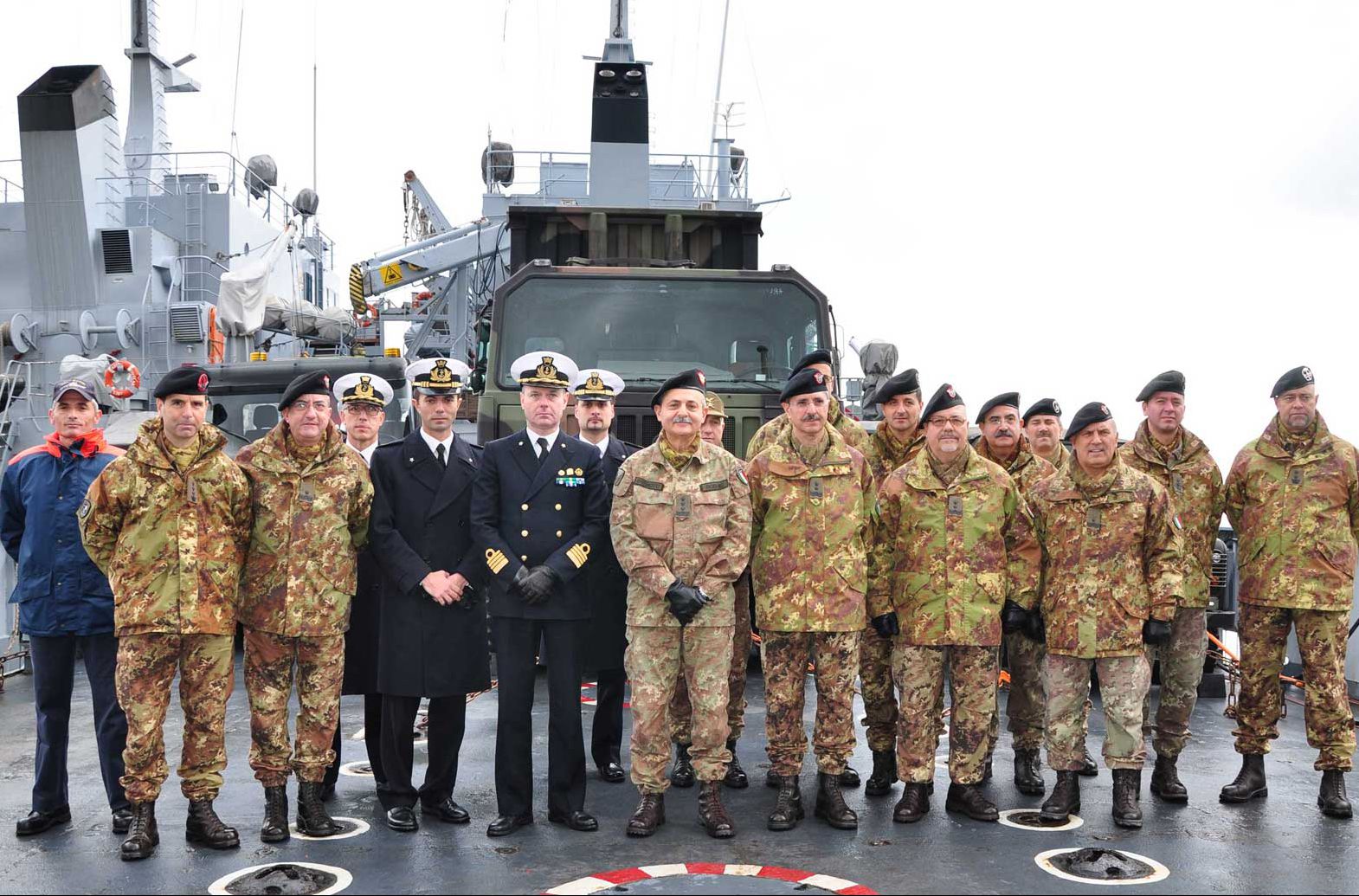 (See the similar statement from the Army)

From 28 May to 15 June Nave Andrea Doria integrated into the English Carrier Strike Group (CSG) to participate in the ...
585
Read

Mission accomplished for Italy with the amphibious Navy Lead Battle Group (BG) offered to the European Union in ...
634
Read