The 2021 hydro-oceanographic campaign of Nave Magnaghi 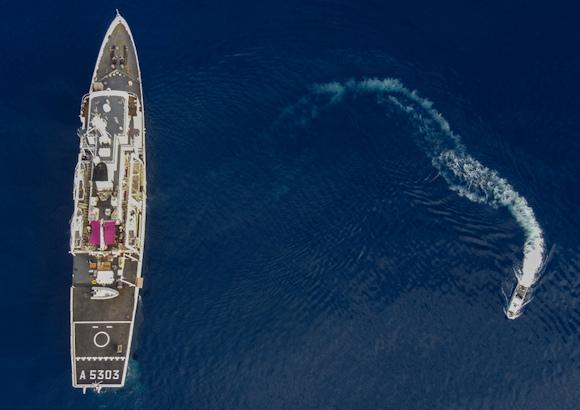 After a period of work stoppage, on 4 May the hydro-oceanographic ship Admiral Magnaghi left the port of La Spezia, setting off towards a stretch of sea south of the Cilento coast: the 2021 hydrographic campaign officially began.

The first part of the hydro-oceanographic activity saw the unit engaged in the study of the seabed of the area called "Arco Eoliano", an island arc located in the southern Tyrrhenian, formed by seven islands of volcanic origin (the well-known Aeolian Islands ) and from various submarine mountains, also of volcanic origin (among the most famous, Palinuro, Magnaghi and Marsili).

In particular, the unit conducted a study of the seabed of Monte Palinuro, an active submarine volcano located at a distance of about 65 kilometers from the Cilento coast, analyzing the geological phenomena that characterize its activity.

The specialized personnel on board, thanks to the particular hydrographic and oceanographic instrumentation supplied, first of all carried out a series of bathymetric surveys (through soundings Multibeam) aimed at defining and analyzing the morphology of the volcanic structure and, based on the discontinuity of the acoustic response and the intensity of the backscatter data, subsequently selected the areas where to take the sediment samples to be analyzed in the unit's hydrological laboratory. 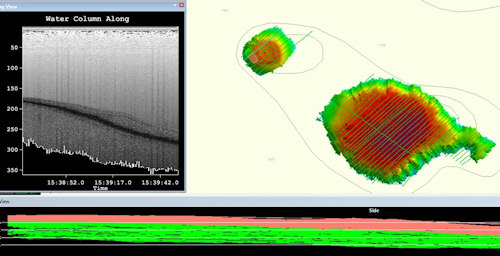 In addition, the chemical-physical parameters of the water column were collected by means of special multiparametric CTD probes (Conducivity, Temperature and Depth).

The concept of a water column (which goes from the surface of the sea to the sediments of the bottom) is used in many fields of hydrology and in environmental sciences, to evaluate the stratification or mixing of water layers by thermal or chemical effect. of rivers, lakes or oceans.

Ship Magnaghi it also carried out specific analyzes aimed at verifying the escape of gas from the two craters that make up the volcanic structure of the submarine mount Palinuro.

The campaign of the flagship of the hydro-oceanographic fleet will now continue between the southern coasts of Sicily and the Calabrian-Ionian ones; the bathymetric surveys started last year in south-eastern Sicily will be completed, aimed at updating the nautical charts from Roccella Ionica to the Foce del Sinni. 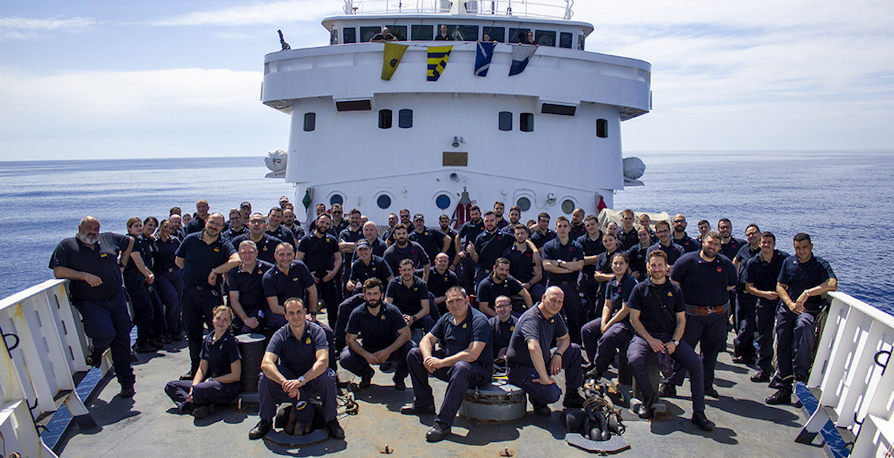 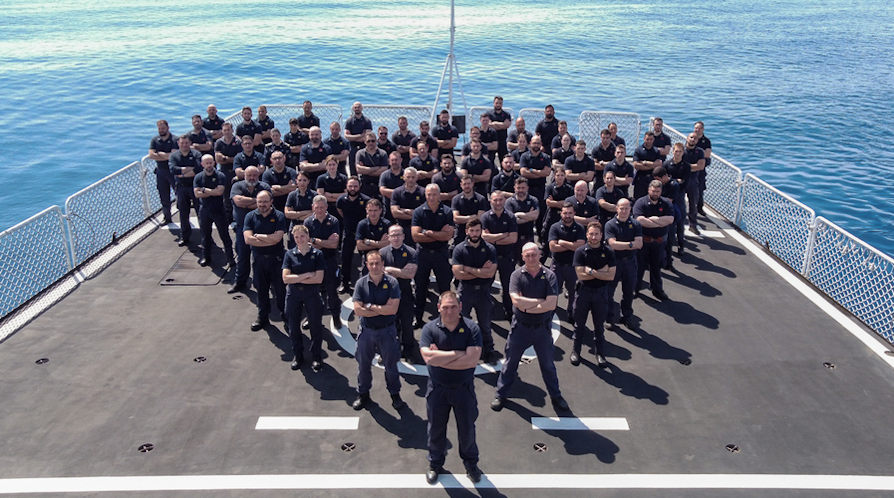 From 28 May to 15 June Nave Andrea Doria integrated into the English Carrier Strike Group (CSG) to participate in the ...
603
Read

Mission accomplished for Italy with the amphibious Navy Lead Battle Group (BG) offered to the European Union in ...
636
Read

The destroyer of the Italian Navy Andrea Doria led the British naval group of the ...
9075
Read