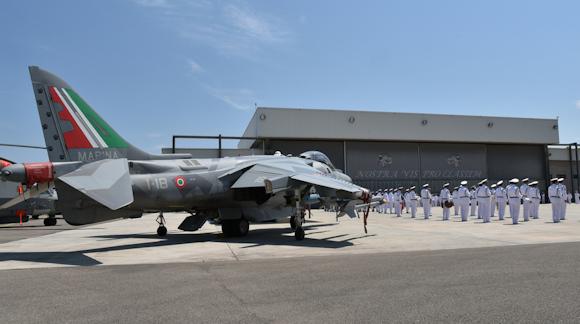 On June 14, the Embarked Aircraft Group (GRUPAER) of the Italian Navy, established in 1991, and today commanded by the frigate captain Giambattista 'Cracker' Molteni, has blown out 30 candles.

The celebrations, postponed for a year due to the pandemic, took place in the Navy Aircraft Station of Grottaglie (TA), in the presence of the Chief of Defense, adm. Giuseppe Cavo Dragone, of the chief of staff of the Navy, adm. sq. Enrico Credendino, of the commander in chief of the naval team, adm. sq. Aurelio De Carolis and civil, military and religious authorities.

Among the highlights of the celebration, the laying of a wreath at the war memorial of the Naval Aviation, the speeches given during the ceremony by the aforementioned admirals and an in-flight demonstration of an AV-8B + which, at the end of the event, gave evidence of its evolutionary abilities.

The AV-8B + aircraft, equipped with multi-role armament and with short and vertical take-off and landing capabilities (VTOL-STOVL), have equipped the GRUPAER since its inception in February 1991. 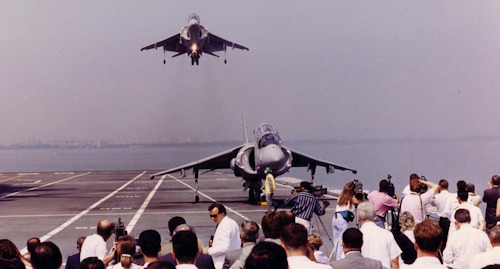 In 2018, the GRUPAER, which operates under the Air Forces of the Navy currently commanded by Rear Admiral Marco Casapieri, received the first F-35B from the Final Assembly and Check Out Facility (FACO) of Cameri followed by two more, one in 2019 and one in 2021. A total of 15 aircraft are expected to be delivered, which will progressively replace the current AV8B II +.

The extent of the challenge awaiting the Armed Force on its way to achieving the goal shared by all those present at the event initial operational capability of the aircraft carrier with the 5th generation F-35B aircraft expected in 2024.

Wide synergies characterize for this purpose the joint activity with the F-35 components of the Aeronautics, with the common goal, under joint aegis, of developing, through the most rapid and effective path, both sea-based and land-based expeditionary capabilities. based.

The Chief of Defense Staff, first commander of the GRUPAER, and the Chief of Staff of the Navy, underlined the importance of having a 5th generation embarked aerotactic component, which places Italy in a small group of countries in the world, the only European Union.

Yesterday, 25 June 2022, the Luigi Rizzo frigate returned to La Spezia at the end of its operational commitment in the ...
26
Read

On June 17, 2022, the salutation of the brigade took place at the forecourt of the E. Carlotto barracks in Brindisi ...
465
Read

Do you swear it? I swear!!! After more than two and a half years, the majestic scream of the VFP1 students of Mariscuola La Maddalena ...
344
Read

Exactly four months after the start of production on 11 January, at the factory ...
42839
Read