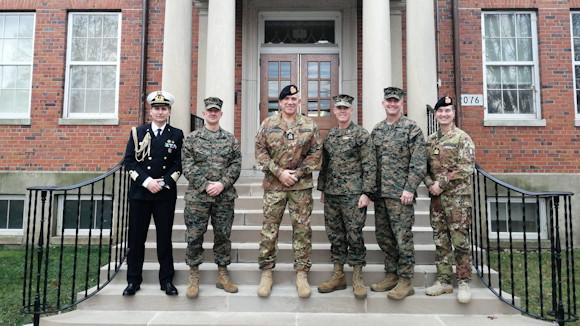 The visit of the commander of the marine brigade took place on 29 November Saint MarkRear Admiral Massimiliano Giuseppe Grazioso, alla Marine Corps University (MCU). MCU is the United States Marine Corps' headquarters. Located at the base in Quantico, Virginia, it is made up of numerous study and training centers designed to guarantee a high-profile education in the amphibious field to the Marines and international visitors.

Admiral Grazioso, accompanied by the naval attaché at the Italian embassy in Washington, vessel captain Marco Bagni and by vessel captain Marco Maraglino of the 8th amphibious department of the Navy general staff, met the directors of the specialized courses of the Command and Staff College (CSC), of theExpeditionary Warfare School (EWS) and of the School of Advanced Warfighting (SAW).

The visit had the purpose of sealing the historic partnership, started over twenty years ago, between the BMSM and the American Marine Corps, which has allowed to raise the knowledge of generations of amphibious naval officers, as well as to keep a constant update on the evolution of the most modern doctrinal concepts.

During the talks, the fundamental and indispensable historical cooperation between the Marine Corps of the United States of America and the Navy was repeatedly highlighted, especially with the marine brigade Saint Mark.

The evocative environment of the Marine Corps Museum (also located in Quantico) was also the setting for a subsequent meeting, where the Italian delegation visited the officers who attended the CSC courses, Lieutenant Commander Simone Serva and Major Marco Dagna and of the EWS course, Lieutenant Leonardo Botrini and Captain Luca Corò. Thus Admiral Grazioso had the opportunity to congratulate the attendees on the results obtained and on the warm appreciation received from the course directors. 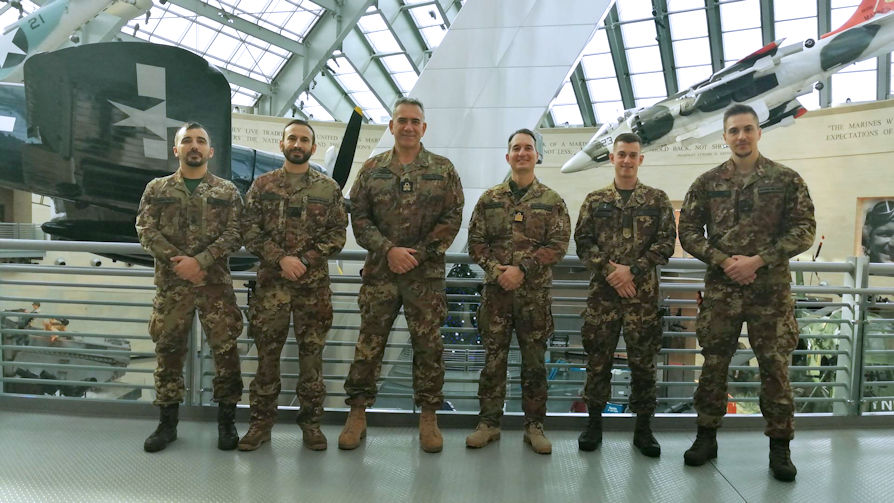 On Friday 27 January, the visit of the Undersecretary of State for Defense Dr. Matteo Perego of Cremnago took place...
696
Read

After a sleep that lasted about half a million years, a paleontological find has come to light among the soil...
2931
Read

The offshore patrol vessel Commander Foscari, after having cast off the moorings from the Augusta Naval Base the days ...
580
Read

After a night of voting in the House Budget Committee, an amendment was approved to the proposed...
4431
Read