The destroyer Mimbelli leaves for the "Ocean Shield" operation 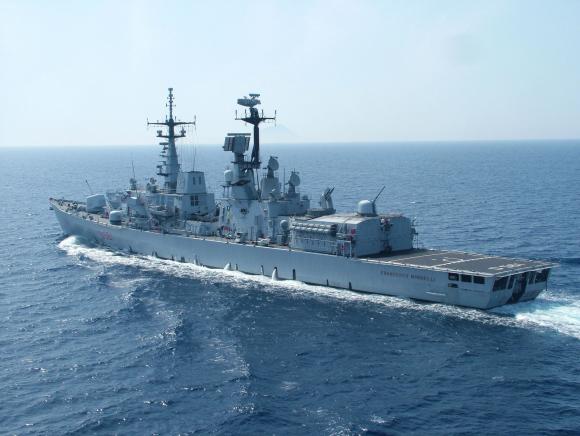 Tomorrow the Navy destroyer Francesco Mimbelli will depart from the Mar Grande Naval Base in Taranto to participate in the "Ocean Shield" operation to combat piracy, integrated into NATO's 508 Task Force.

The constant presence of airborne devices and military corps for the protection of merchant ships in the areas of the Horn of Africa and the Indian Ocean has determined from 2010, the year of maximum presence of the phenomenon, to date a reduction of piracy attacks of 93% .

The assigned mission will not only be against piracy but also cooperation and solidarity. Humanitarian relief and basic necessities will be distributed during the stops, providing assistance to the populations of the Horn of Africa area and the Indian Ocean.

The 3 last January began in fact a collection of beneficiaries of pediatric milk and toys to send to mission lands promoted by the Military Ordinary in Italy, Monsignor Santo Marcianò.

Numerous organizations and organizations have engaged in the collection, carried out in various areas of Calabria, concluded the 14 last January collecting a total 10 cubic meters of material including pediatric milk.

Having reached the African country, the material will be delivered by Mimbelli Navy ship to the Missionary Sisters of Charity of Ivrea, present in Mawe Dar Es Salaam.

Il Mimbelli destroyer will replace the frigate Libeccio, currently engaged in the operation Atalanta against the piracy of the European Union, and will return to Italy in August.

During the stops the ship will contribute to the consolidation of relations of friendship and cooperation with the riparian countries.

The XXV national meeting of the Italian Society of Underwater Medicine was held in Padua from 2 to 4 December and...
25
Read

Yesterday, at 12:00, in the suggestive Piazza d'Armi of the Aragonese Castle of Taranto, the...
37
Read

On Monday 5 December, with the award ceremony in the Piazza d'Armi of the Non-Commissioned Officers School of Taranto, it was...
12
Read

With the solemn act of Oath of Loyalty to the Republican Institutions last December 1st, at the Scuola...
285
Read

The handover ceremony of the command took place on 28 November 2022 at the naval base in Cagliari...
4490
Read

The third millennium has opened, as indeed already foreseen, with serious geopolitical crises whose effects have...
4679
Read