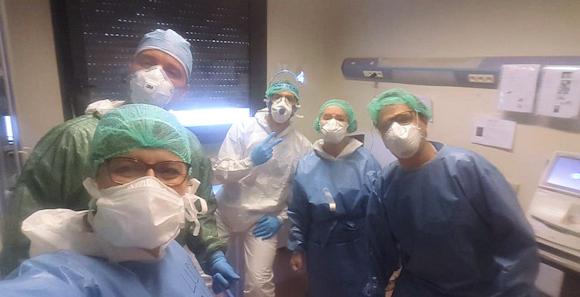 For over a month, we have been following the progress of the infections, statistics on the number of people recovered, tutorials on the correct use of masks and prevention methods with apprehension. Impressed are the images of the Army truck caravans transporting the victims from the most affected areas. The tired faces of doctors and nurses engaged in grueling shifts to try to give all their support to those who, struck by an invisible enemy, fight tenaciously against this disease.

In the context of the current health emergency, the nurses of the designated crews of the new ships under construction are also involved, together with many colleagues. Lgt Dino Nuzzo, designated nurse of Nave Thaon of Revel (Unit chief of the class of Polivalent offshore patrol boats), from March 5 he is on a mission in the Covid-19 outpost of the hospital in Lodi and the 3rd class chief Francesco Tortorelli, a young nurse embarked on the first destination on the ship Schergat's target, FREMM nr 9 (European Multi Mission Frigate), from April 2nd it is relocated to Rivoli (TO).

Nurses from other units under construction at the New Naval Construction Equipment Center (Marinalles). Their work is coordinated by the Task Force activated by the Interforze Summit Operational Command (COI) and the context in which they work is the perfect combination of interforce interoperability and medical / nursing quality available to the community.

What are the sensations that our colleagues feel? What emotions go through them? How is their typical day organized? These are questions that we have asked those directly concerned. 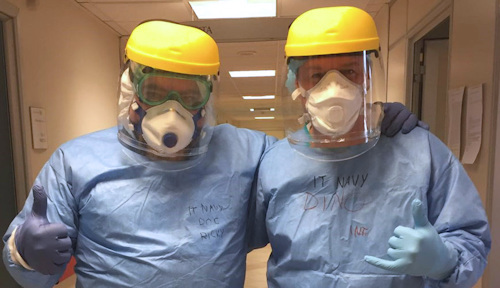 First of all, disbelief, the lgt tells us. Nuzzo. Just 100 km from home, something impressive was happening. Against an evil that "looks no one in the face, separates people and has torn entire families apart" I am proud to be able to put myself at complete disposal. The working group "gave the impossible" by giving thanks to the gratitude of its patients. The sanitary and logistic coordination managed by the interforce staff has made it possible to promptly ensure the answers to the most disparate needs that come at all times both from the territory and from complex hospital structures, operating in difficult environments and quickly with incredible results. My day, continues Lgt Nuzzo, was initially organized over three shifts of 8 hours and 15 minutes (15 minutes necessary for the handover) until the first cases of positivity occurred within the staff. In reduced ranks they therefore provided me with the access credentials for the computerized management of patients in order to guarantee the service as owner, entrusting me with the complete management of the ward. The difficulty in providing nursing services, which are already complex in normal conditions for the management of this type of disease, is amplified by the safety configuration which requires the wearing of all personal protective equipment (PPE) for entire shifts, sometimes even consecutive.

Capo Tortorelli in Rivoli, in the province of Turin, together with colleagues from the other Armed Forces, takes care of direct assistance to patients suffering from Corona Virus pneumonia. He prepares the therapies, follows the visits of the doctors, constantly monitors the vital parameters, carrying out a long series of blood tests, withdrawals and performing nasopharyngeal swabs. At the end of the shift, before "dismantling the guard", a detailed briefing with the colleagues "risers" to analyze in detail the individual cases so as to evaluate the best strategy to follow for the next 8 hours. In this Covid outpost, similar to what happens in the rest of the national territory, different realities have come together that rarely in the past have had the opportunity to work together. Pediatricians, nephrologists, urologists, civil protection doctors, but also newly registered military nurses by virtue of the health emergency, who work synergistically and confront each other in heterogeneous health teams. A collaboration between different realities that is akin to what happens daily at Marinalles, where we work in close cooperation with the various civil realities of the industrial and government sector. In Tortorelli's words a strong pride shines through for the work he is carrying out: "your work, with the collaboration of the other colleagues, makes you feel fulfilled and satisfied with the efforts made. In an emergency situation like this there is no gratification better than the awareness of being an integral part of the fight against disease so that normalcy can return to the whole country. Furthermore, this experience allows me to acquire new skills, growing professionally and reinforcing my character ".

Their effort is an exemplary synthesis of the founding values ​​of the Nation, the Armed Forces and the Navy. The ability to work side by side in extreme conditions, as often happens on board the sailing units, with altruism and unconditional availability towards the most needy, our loved ones and the whole country, we are more united than ever in the struggle against this formidable opponent. 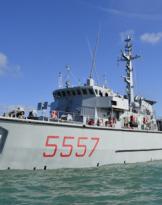 The Numana minesweeper, of the Mine Countermeasures Forces Command (MARICODRAG), and the Underwater Operating Group (GOS) ...
842
Read 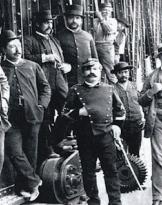 The 22rd anniversary of the inauguration of the Ponte Girevole in Taranto marks one of the symbolic monuments ...
1520
Read 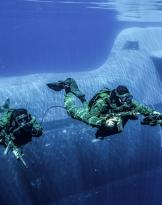 On May 8, 2020, the Specialization course for official raiders ended in Comsubin which, given the emergency ...
1462
Read 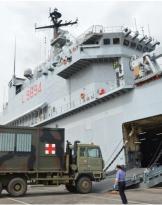 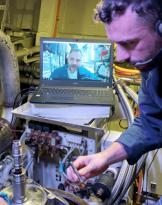 In recent days the frigate Carlo Bergamini made a stop at anchor near the port of Muscat, Oman ....
461
Read 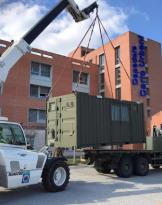 The dismantling of the Advanced Medical Post (PMA) set up by the Navy at the ...
233
Read 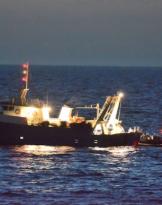 Yesterday evening, the Carabiniere frigate of the Navy, during a patrolling activity in the ...
848
Read 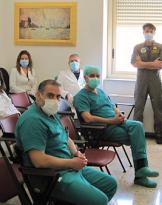 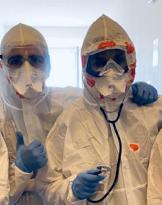 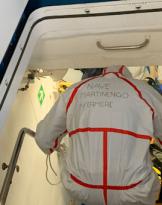 As part of the maintenance of the Naval Squad's operational capabilities, the Alpine and Martinengo frigates carried out ...
236
Read