After two years of stop, the Family day for the families of the Navy personnel starts again 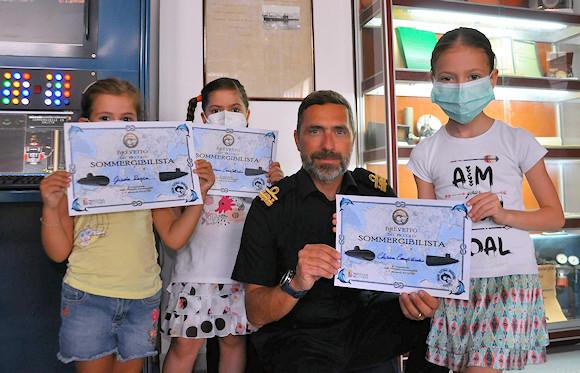 On Saturday 3 September 2022, the event was held in Taranto and at the MM Radio Transmitter VLF Station on the island of Tavolara Family Day.

In the city of two seas, after a two-year break due to pandemic restrictions, about 400 visitors revived the return to the traditional day of the Family Day, dedicated to the families of submariners.

A record number of presences for the Submarine Flotilla (COMFLOTSOM), where guests were able to visit the latest generation U212A submarines and the Submarine School which, with the complex of equipment, educational facilities and modern simulation systems, forms and trains our submariners and also offers training courses for foreign Marines.

The enthusiasm of the visitors, especially the little ones, was tangible. The most recurrent comments collected at the end of the visit to the submarines referred to the spaceships, for that muffled, confined, highly technological environment illuminated by the screens of the numerous consoles.

Il Family Day, underlined the commander of the Submarines, Rear Admiral Vito Lacerenza, in the welcome greeting to visitors, "It is an opportunity to make our family members aware of the working context in which we operate, but above all it wants to testify to the recognition by the Navy of the fundamental role that our families have with their support and closeness to their loved ones, especially in those who, engaged in operations at sea, are away from home for long periods ". 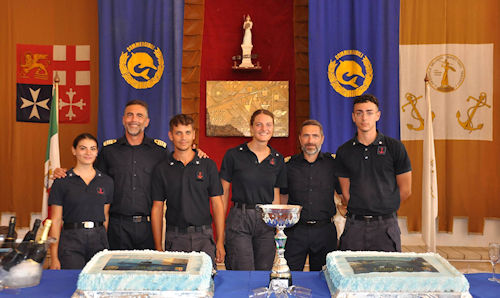 The day ended with a convivial moment at the “ex Sala a Tracciare” of the Taranto Arsenal, which with its interesting and precious Artisan Historical Exhibition also testifies to the Navy's commitment to the protection of its heritage and traditions.

A similar experience was lived at the Radio Station of Tavolara which represented an important opportunity to visit the military installation in favor of the families of the military in service, the ANMI group of Olbia and the Bertoleoni family whose heirs are known as heirs of the noble title "King of Tavolara".

After the arrival in the port of the VLF Station and the usual welcome, the staff of the Radio Station were able to show their families the reality and the particularity of the installation built in the middle of the Cold War in all its peculiarities starting from the galleries up to arrive in the protected work site of the transmitter, entirely dug into the rock, all inserted within a landscape that is unique of its kind which is the Island of Tavolara.

The visit to the Station represents a moment to strengthen that intrinsic bond between the Navy and the families of the personnel who represent an essential support element for the work of every sailor.

The success of the initiative was witnessed by the massive participation of family members and the national association of sailors of Italy of Olbia who enlivened the life of the station for a day in an atmosphere of inclusion and serenity.

The module "Arte del Comando" ended on September 20 for the students of the 23rd Marshals Normal Course "Zeus" ...
112
Read

Co.Ce.R Marina attends stunned to the spectacle of politics that not even in the pre-electoral phase pays attention ...
1916
Read

Bilateral cooperation activities between Italy and France continue in the sector of logistic support for the fleet ....
3303
Read

Last 9 September, at the Hangar of the 3rd group of the Helicopter Station of the Catania Navy (...
953
Read