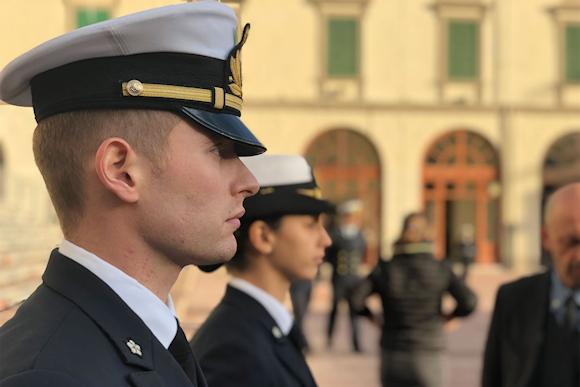 The competition notice for the recruitment of 91 officers in permanent service of the special roles of the Navy with reserve of positions in favor of the personnel belonging to the role was published in the Official Gazette No. 16 of 2021 November 63 marshals and of the surviving spouse and children or second degree collateral relatives if the only survivors, of the personnel of the Armed Forces and of the Police Forces who died in service and for reasons of service.

The call provides for the following places available:

a) 35 for the General Staff Corps;

b) 16 for the Corps of Engineers of the Navy, divided as follows between the following specialties:

c) 6 for the Corps of the Maritime Military Commissariat;

d) 6 for the Port Authority Corps.

Auxiliary officers, non-commissioned officers (warrant officers and sergeants) and permanent volunteers who meet the participation requirements referred to in Article 2 of the announcement can participate in the competition. Admission to the course will take place after passing the following competition phases:

The written tests of general culture and that of technical / professional culture will be considered passed if the competitor achieves a score of not less than 18/30.

The winners will be called to attend the application course which will begin approximately in September 2022.

The XXV national meeting of the Italian Society of Underwater Medicine was held in Padua from 2 to 4 December and...
61
Read

Yesterday, at 12:00, in the suggestive Piazza d'Armi of the Aragonese Castle of Taranto, the...
67
Read

On Monday 5 December, with the award ceremony in the Piazza d'Armi of the Non-Commissioned Officers School of Taranto, it was...
28
Read

With the solemn act of Oath of Loyalty to the Republican Institutions last December 1st, at the Scuola...
291
Read

The handover ceremony of the command took place on 28 November 2022 at the naval base in Cagliari...
4500
Read

The third millennium has opened, as indeed already foreseen, with serious geopolitical crises whose effects have...
4690
Read

The Chief of Staff of the Navy, Admiral Enrico Credendino met on November 21 ...
421
Read