One hundred years ago Durand de la Penne was born 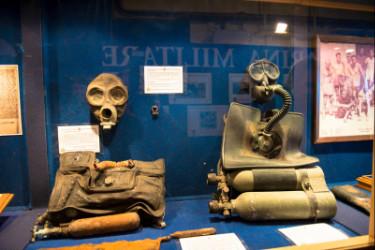 From today until February 16, in the Old Port of Genoa, the Navy will celebrate the centenary of the birth of Admiral Luigi Durand de la Penne, decorated with a Gold Medal for Military Valor for the heroic deed performed 19 December 1941 during the Alexandria Company of Egypt, one of the most important in naval history.

"Six Italians equipped with material of negligible cost, they made the military balance in the Mediterranean waver for the benefit of the axis ...", with this phrase Sir Winston CHURCHILL described the night between 18 and 19 December. Six Italian sailors breached the Alexandria base where the Royal Navy guarded its best ships, sinking the Valiant and Queen Elizabeth battleships, destroying the Sagona oil tanker and severely damaging the destroyer Jervis.

During the event, the destroyer Durand de la Penne will be present in port. A historical exhibition will be set up on the Navy ship open to all citizens who want to deepen their knowledge of Admiral Luigi Durand de la Penne, and what importance he had also in the post-war period, having been the Commander of the military divers who conducted the reclamation of the unexploded ordnance found in the water, thus allowing the reactivation of the port and the consequent economic recovery of the city.