Home News armed forces Best beaches Change of command at the top of the portaer ...

Change of command at the top of the Cavour aircraft carrier 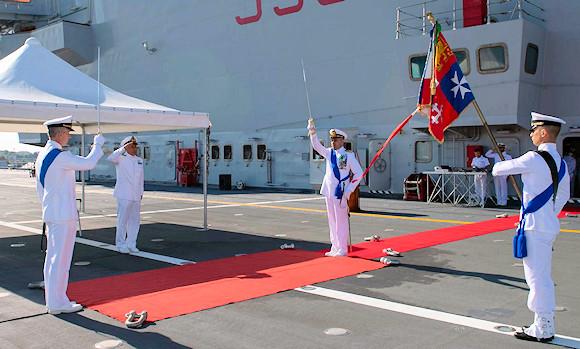 On the flight deck of the aircraft carrier Cavour, last Tuesday 6 September, the banner of unity stood out: permeated by the very high values ​​contained in the tricolor, the alternation ceremony for the command of the unit took place.

In this sense, the process of acquiring and consolidating the ability to operate on board the aircraft carrier with fifth generation F-35B aircraft continued, a strategic peculiarity of our Navy, the only one in the European Union and of the highest level on the panorama. world. 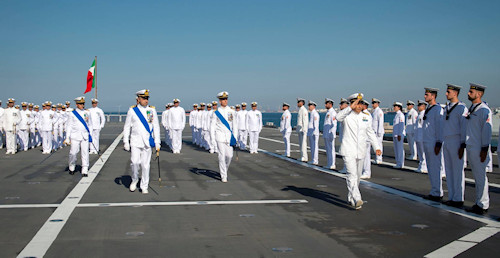 In the last year, there has been a significant increase in the flight activities of the brand new jet, activities that for the first time in history have assumed a joint value thanks to the integration of an Air Force F-35B aircraft on board the aircraft carrier .

Under the command of CV Saladin, Nave Cavour he also took part in two exercises Offshore, the major training event of the Navy in which the naval team trains in the maritime domain but whose characteristics are also developed in the air and land contexts, and in the innovative ones of space and cyber-security.

In his greeting speech, Commander Saladin wished to thank the women and men of the aircraft carrier, real professionals of the Sea, for the spirit of self-denial and persistence constantly shown. Love of country and a spirit of sacrifice are the values ​​that distinguish Nave's crew Cavour: thanks to the firm adherence of the staff to the ship's motto “in arduis servare mentem”, this year too the unit has been able to reach new, more and more ambitious and important goals.

The commander Vignola, therefore, assumes the command of Nave Cavour with the proud awareness, responsibility and honor of guiding the flagship and its crew towards new successes and rewarding challenges of national and international caliber. 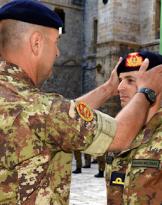 On 27 September the Swabian Castle of Brindisi, seat of the San Marco marine brigade, is in turmoil. The date of ...
11092
Read 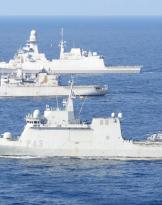 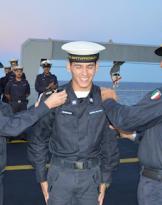 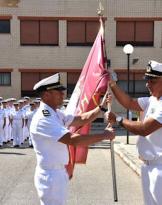 Hector, is the name of the 22nd normal course marshals of the Non-commissioned Officers School of Taranto which on 21 September, ...
169
Read

The module "Arte del Comando" ended on September 20 for the students of the 23rd Marshals Normal Course "Zeus" ...
280
Read

Co.Ce.R Marina attends stunned to the spectacle of politics that not even in the pre-electoral phase pays attention ...
1999
Read

Bilateral cooperation activities between Italy and France continue in the sector of logistic support for the fleet ....
3373
Read

The last foreign stage of the education campaign in favor of students ended yesterday for Nave San Giusto ...
2159
Read