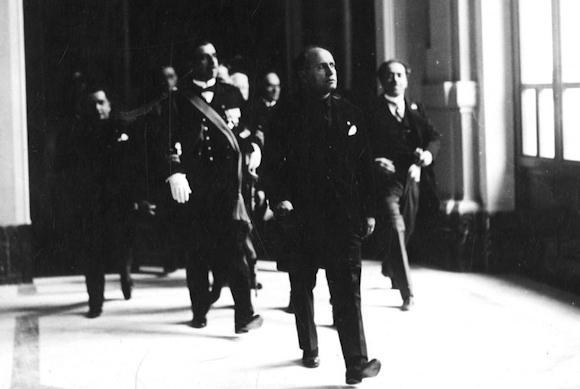 Palazzo Marina stands on the banks of the Tiber to reaffirm the natural and historical maritime vocation of Italy and to remember how the peninsula has conquered a prominent role in history every time it has invested in the sea, following its geography. This is the message that the building has been "transmitting" for over 90 years through its position and through an iconographic (and therefore communicative) program expressed right from the façade and then reaffirmed inside, in the succession of the representative rooms.

Palazzo Marina was inaugurated on October 28, 1928 by the head of government, Benito Mussolini, at the time also minister pro tempore of the Armed Force following the resignation voluntarily resigned by Admiral Thaon di Revel due to some significant political decisions unfavorable to the Navy.

Despite its "date of birth", however, the building is not a Regime work but is part of the government building program of Rome during the Giolitti era, according to which the offices of the public administration should not have been concentrated in a single district ; authorized its construction with a special law of 18 July 1911, the building intended to house the Ministry of the Navy, based on the "polycentrism of the offices" imposed by Giolitti, was not aligned with the other defense buildings on Via XX Settembre but was "intended" for the Flaminio district, which at the time offered new spaces and new perspectives for the expansion of the city. 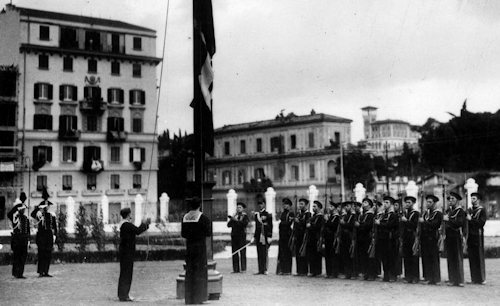 The location near the Tiber, and in particular the river port (later Scalo de Pinedo) was considered of such symbolic value as to induce the Giolitti government to invest only for the Ministry of the Navy - whose construction was deemed urgent since the spaces in the temporary seat in the Convent of Sant'Agostino there were insufficient - public money in the purchase from private individuals of the land on which to build the palace, while for all the other contemporary departments it strictly imposed the use of state-owned areas.

The building, built specifically for the Navy (at the time Regia Marina) and exclusively dedicated to it, "speaks" of the sea through inscriptions, symbols, representations and that extraordinary "marine architectural order" that its designer, Giulio Magni, invents for the occasion. Really unique for its naval intonation, Palazzo Marina offers the opportunity to take a symbolic and historical journey back through the glories of Italy on the sea, from the Great War to ancient Rome. A path that, in the long gestation period of the building, took on its final configuration in June 1929, when the anchors of the Austro-Hungarian battleships were positioned on the facade Teghettoff e Viribus Unitis, tangible signs of the Italian victory over the sea in the First World War.

Like no other in Italy, Palazzo Marina represents the Armed Force and the Italian maritime tradition of which it is heir. 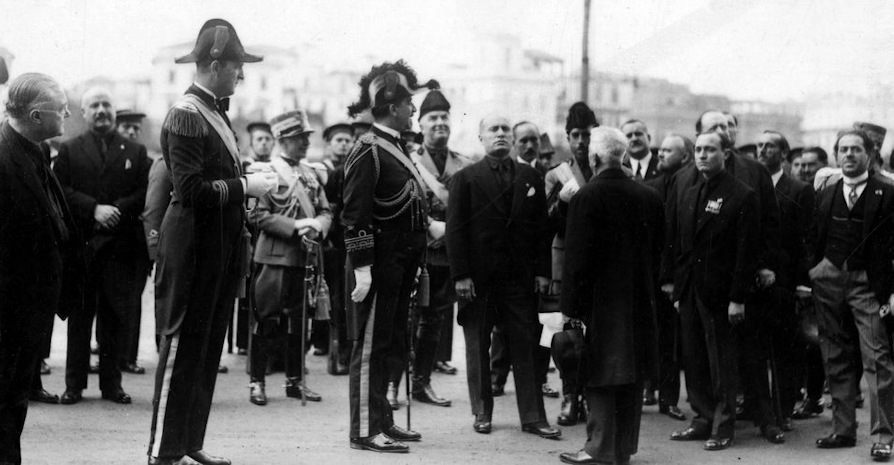 Yesterday, at 12:00, in the suggestive Piazza d'Armi of the Aragonese Castle of Taranto, the...
377
Read

With the solemn act of Oath of Loyalty to the Republican Institutions last December 1st, at the Scuola...
364
Read