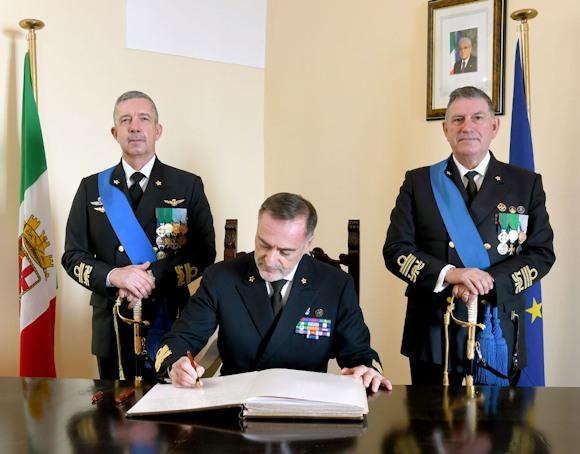 Yesterday, at 12:00, in the suggestive Piazza d'Armi of the Aragonese Castle of Taranto, the rotation ceremony took place at the Southern Maritime Interregional Command between Admiral Salvatore Vitiello (assignor) and Admiral Flavio Biaggi (incoming), in the presence of the Chief of Staff of the Navy, Admiral Enrico Credendino, and the highest civil, military and religious authorities of the city . Admiral Salvatore Vitiello has led the Southern Maritime Command since 17 November 2017, consolidating the synergies that have characterized the relationship between the armed forces, institutions and local authorities for over a century City of the Two Seas.

"To my staff: I thank you from the bottom of my heart for the work you have done in these long and intense five years, I also thank you for having been close to me even in the most difficult moments of my private life", a moved passage of the address by Admiral Vitiello, designated as the next logistic commander of the Navy.

"In the conviction of interpreting the sentiments of deep esteem that Admiral VIIiello has won from the administrations and institutions with which he has worked in this long period of command and also those of the military and civilian personnel he has employed, I address him 'most sincere appreciation for what has been done: you have established a deep relationship, yours, with Taranto, resulting decisive and corroborating for the relations of the Navy with the citizens, creating a real osmosis between it and its sailors" the words of Admiral Credendino.

Admiral Flavio Biaggi comes from the Livorno headquarters, where he left his position as commander of the Naval Academy on 23 November: "I wish him the most seafaring good wind" concluded the chief of staff. 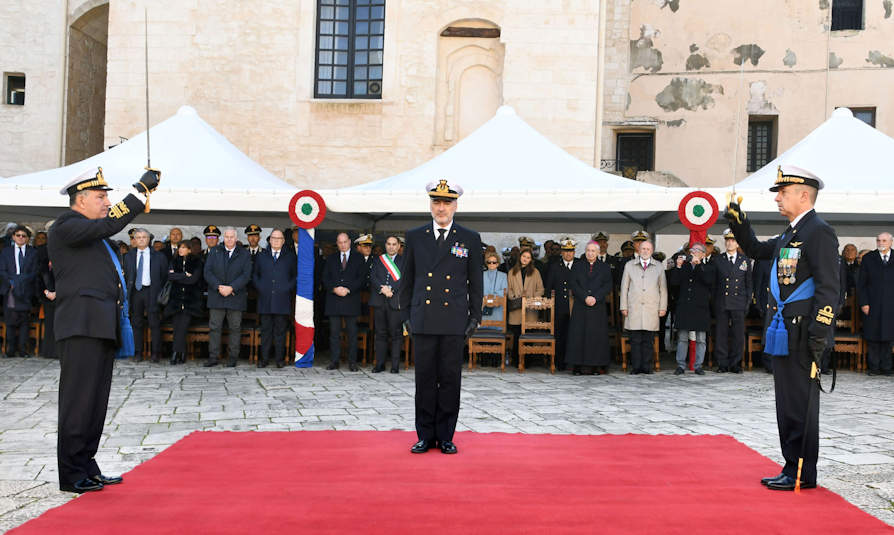