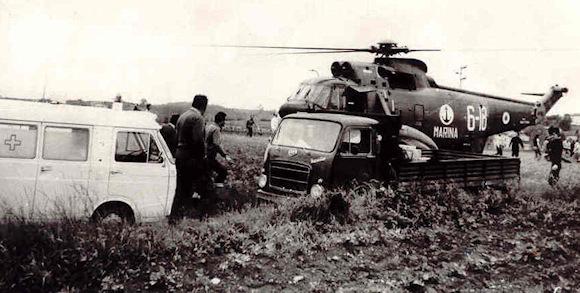 At 21 pm on 6 May 1976, Friuli was hit by a 6,5 magnitude earthquake, the intensity of which was felt not only in all of northern Italy, but also in central Italy; the effects were disastrous, involving 77 municipalities, for a total population of about 80.000 inhabitants and causing 990 deaths and 45.000 homeless.

At the time, the Civil Protection had not yet been established so, in the event of national disasters, the military corps of the State were called to help, together with the Fire Brigade.

The Navy ordered the immediate departure from La Spezia and Ancona of two autocolumns and from Taranto of the Grado ship with men and means necessary for the first and most urgent interventions. Already on the night of May 6, the mobile column of the Incursion Operational Group of COMSUBIN and the "Bruno Falcomatà" Military Maritime Hospital of La Spezia with its field hospital.

The next morning the trucks of the two involved components were lined up on Viale Fieschi, in front of the military hospital, and began the transfer to Buia, in the area of ​​the epicenter of the earthquake, located between Gemona and Artegna; the next day, as planned, the Navy field hospital was operational in the assigned location: the sports field of that country, which, with its facilities (toilets for athletes) ensured rapid entry into operation of the mobile component of the rescue. 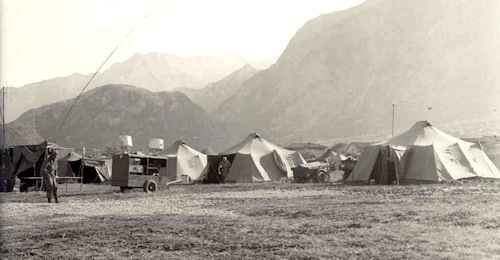 The Navy hospital, in which 4 medical officers, 6 NCOs, 4 Red Cross volunteer nurses and 8 conscript sailors (m / slo-hospital logistic services) operated, constituted a first aid post, as well as triage, stabilizing and transferring the most seriously ill patients to the hospital in Udine, rescuing and hospitalizing in special health tents all the patients who did not require life-saving interventions, but who had to be controlled or monitored. A hospital tent was used as a shelter for elderly patients or people whose homes were unusable.

But in addition to the health one, the field hospital also provided considerable logistical support with the highly efficient mobile kitchens of the Incursori Operating Group, whose cooks prepared 1200 meals daily not only for the patients, but also for all those who did not have the possibility to do so. The field hospital was active 24 hours a day and the number of daily interventions initially amounted to a total of 24 units per day, but in addition to the permanent activity, the Navy health personnel also carried out first aid interventions on call in the whole district, thanks to the 500 military ambulances and 3 others provided by the Red Cross.

In the meantime, on the morning of 9 May, the marine auto-column of normal and special vehicles from Ancona arrived in the Gemona area with provisions, blankets, various materials and tents. On the same day, the Navy organized a military hospital for vaccinations in Codroipo. 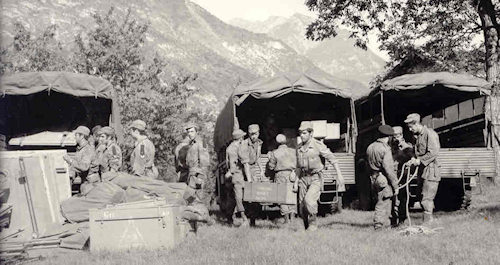 On May 10, the Navy auto-column arrived in Udine with sanitary material, blankets, photoelectric cells, generators, blood plasma. In Trieste they disembarked from Nave Degree 320 soldiers of the battalion Saint Mark, 4 military doctors and another complete field hospital. Meanwhile, from 7 May also 4 Navy helicopters based at Rivolto airport (Udine) were operating.

Subsequently, on the basis of the requests made by the Coordination Center, the Navy continued for months the dispatch of means, materials, provisions and men.

The work of the Navy, especially the hospital installed in Buia, received unanimous appreciation, not only from the population, but also from the institutional bodies, in particular from the extraordinary commissioner Giuseppe Zamberletti who, due to the brilliant results achieved for the reconstruction of Friuli, became the father of the current Civil Protection. The field hospital was demobilized in early October of the same year with no little regret on the part of the entire population, who remained emotionally attached to the Navy, to which they cherished perennial gratitude.

Commissioner Zamberletti for the excellent results achieved, wanted a Medal of Merit to be established for all the soldiers who had participated in the operation. 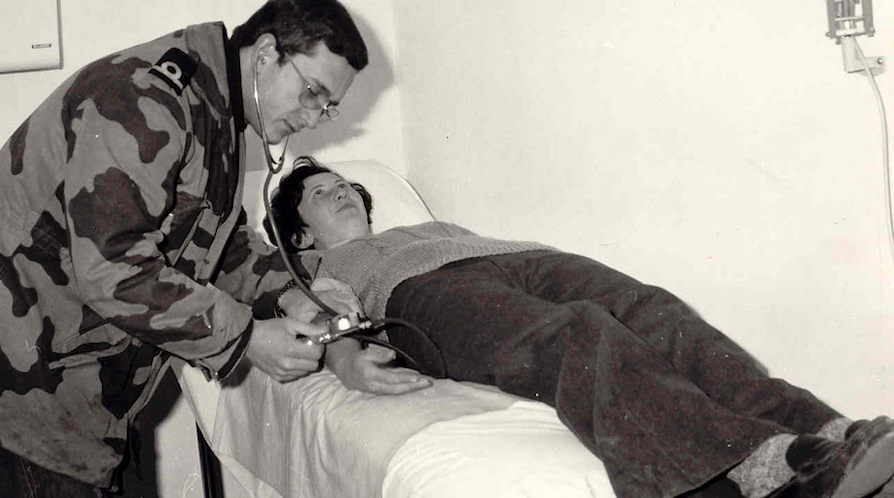 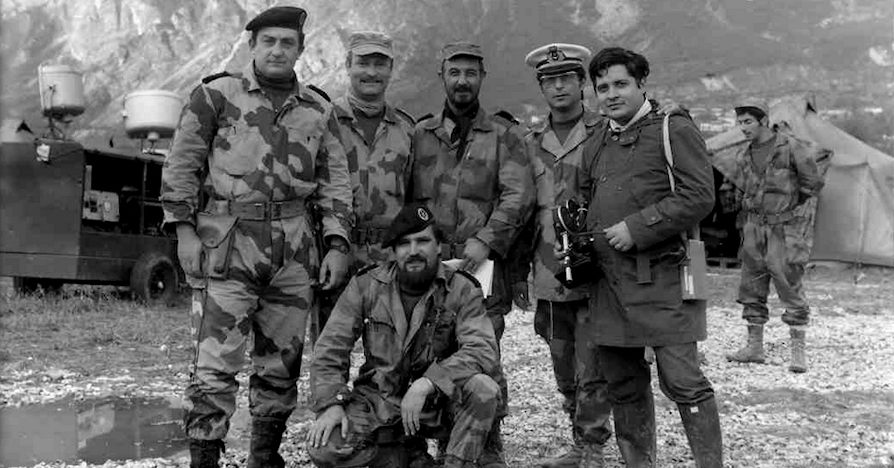 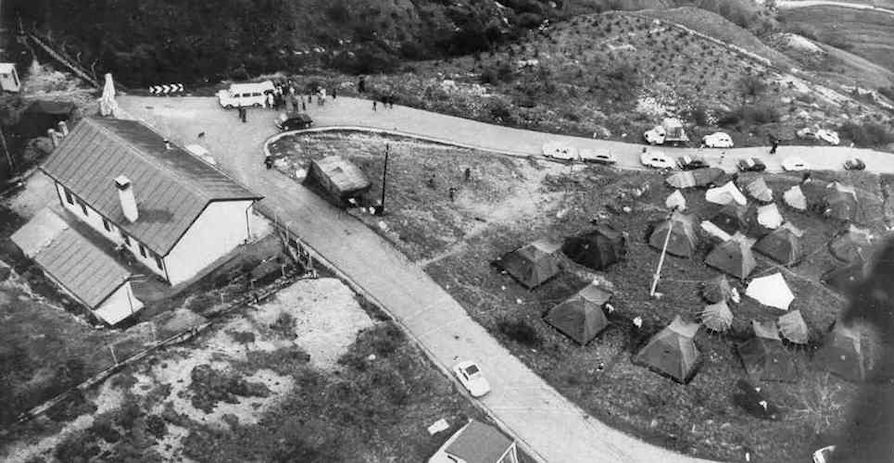 On June 17, 2022, the salutation of the brigade took place at the forecourt of the E. Carlotto barracks in Brindisi ...
455
Read

Exactly four months after the start of production on 11 January, at the factory ...
42836
Read