November 17, 1860, a first important step towards the unitary Navy 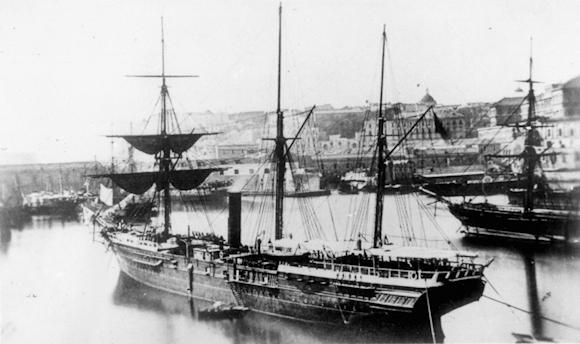 "The undersigned, in charge of the administration of sea affairs of a state located in the middle of the Mediterranean, rich in enviable extension of coasts and a large maritime population, feels the duty to give the widest development to the naval resources of the country".

These were the words written by the prime minister, Camillo Benso Conte di Cavour, presenting the 1860 budget of the Navy.

But these were not just the words of the prime minister: on March 17, 1860, the Ministry of the Navy was separated and made autonomous from that of War, traditionally in the hands of the Army. The first holder of the new ministry was Cavour himself, and it was no coincidence. That prime minister, as an attentive economist, certainly did not want to delegate that precious naval instrument to others in view of the next, now intuitable great events that would soon culminate in the unity of the country in which many still did not believe.

Exactly eight months after another crucial step towards the unification of the Italian Navy. November 17, 1860, the Royal Decrees n. 4419, 4420 and 4421 which merged officers from the Sardinian, Parthenopean, Sicilian, Tuscan and (for the Adriatic part only) Pontificia fleets into a single body, also organizing the Regia Marina administratively. The intention of constituting a single Armed Forces of the sea at the service of the Kingdom of Italy, therefore anticipated the formal constitution of the latter by four months. 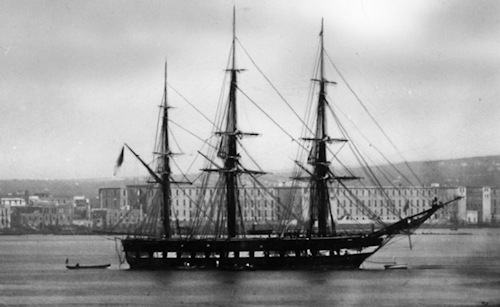 It was certainly not the definitive birth of a unitary Navy, but an important stage in a lucid and far-sighted economic and political path. In fact, the process of unification of all the pre-unification navies can be considered concluded on January 1, 1861, as sanctioned with the Royal Decree of the following January 10, which will be followed by the formal assumption by the Navy of the Kingdom of Italy of the title of "Regia" , consequent to the proclamation of National Unity shortly after: March 17, 1861 by the Italian parliament meeting in Turin which now also included the deputies of the new provinces.

But how was the newly formed unitary Navy composed? The Navies of the previous Italian States, defined as "Ancient Provinces", converged on an equal basis: the Savoy Navy - recently united with the Tuscan one - Sicilian, Neapolitan and, in part, pontifical, already engaged - sometimes even jointly - during the wars for national independence. Having established the value of laws, regulations and previous seniority, and therefore the direct institutional continuity of the Navy with respect to the latter, it can be traced back at least to the Middle Ages. In fact, the same had as precedents - in addition to the equivalent military organizations of the Maritime Republics (Amalfi, Pisa, Genoa, Venice) - above all also the military navy of Frederick II, emperor and king of Sicily, founded in 1231 as a result of what is prescribed, in a manner organic and for the first time in the West, in the Liber Constitutionum of Melfi: rules of constitutional rank of organization of a state no longer of a feudal matrix, in some way still at the basis of the pre-unification Kingdom of the Two Sicilies. 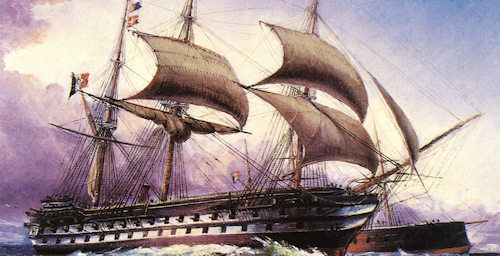 With the birth of the Royal Navy, Italy began to pursue the creation of an adequate and vital national Maritime Power. After the first, harder years and the Third War of Independence, the new Armed Force acquires its own significant prestige, thanks also to the action of great personalities, such as Admirals Augusto Riboty and Simone Pacoret de Saint Bon. A leading figure of the time, national and international glory in the field of engineering, the general of the Naval Engineers, and Minister of the Navy, Benedetto Brin: distinguished designer and organizer, in the foreground in the creation of a national heavy industry, favors in any case, the measures that manage to free the nation from foreign industry, launching a powerful naval program, revolutionary both at a conceptual and technological level, intended to form a powerful and balanced instrument. In just over twenty years, the fervor of renewal and strengthening of the naval line and infrastructure will ensure that, in 1895, Italy comes to occupy the rank of third place among the world maritime powers.

A path of birth which, aiming immediately at the Maritime Power, collaterally activated a driving force for the economic development of the country.

Yesterday, at 12:00, in the suggestive Piazza d'Armi of the Aragonese Castle of Taranto, the...
358
Read