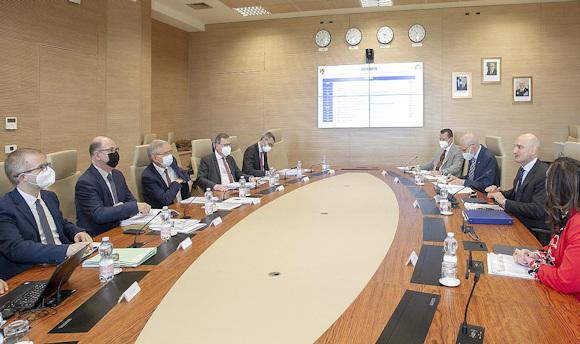 As soon as the works of the 19ma bilateral Italy-France, carried out in Rome, at Palazzo Guidoni, headquarters of Segredifesa. Army Corps General Luciano Portolano, Secretary General of Defense and National Director of Armaments, met his counterpart, Joel Barre, chief executive of the French Direction Générale de l'Armement (DGA).

The occasion highlighted a profound identity of views on many issues and made it possible to renew the relations of esteem and collaboration between the two countries as well as to lay the foundations for events that could materialize in the years to come. Italy and France, in fact, are founding countries of the EU and NATO and share a long history of cooperation and complementarity in the defense field. In addition, the two delegations explored some issues deriving from the recent one Quirinal agreement.

The meetings took place in a climate of fruitful collaboration and led to the sharing of important technical information within a privileged and guaranteed perimeter, for subsequent collaboration in technological research projects of common interest for the mutual growth of knowledge and of the potential applications of defense technologies.

In particular, the drafting of a capability road map which will include the main sectors of space and naval cooperation is being defined with the French counterpart.

On the proposal of the Minister of Defense, the Honorable Lorenzo Guerini, the President of the Republic, with Presidential Decree of 17 ...
7121
Read

"It is necessary to urgently evacuate all compatriots currently present in the territory and it must be done in the way ...
2210
Read