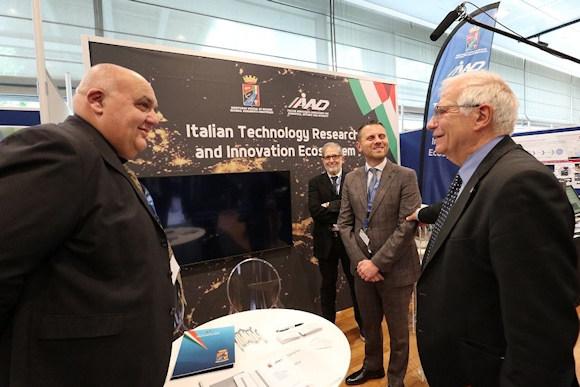 It took place on May 31, at the business and conference center BluePoint of Brussels, on First European Defense Innovation Day 2022, organized byEuropean Defense Agency (EDA) under the auspices of the French presidency of the Council of the European Union.

Representing Italy was a delegation from the General Secretariat of Defense and National Armaments Directorate, chaired by Dr. Luca Salamone, Deputy Director of the V Department, who on the occasion was able to strengthen the forms of cooperation already in place and lay the foundations for future collaborations for the joint development of innovative technological systems.

Also present is the Federation of Italian Aerospace, Defense and Security Companies (AIAD) which presented the “ARAMIS” (Advanced Radio Access for Military Solution) project by ITALSPAZIO from Catania, together with other EDA Captech B projects, four of which with Italian leadership and one with Spanish leadership with Italian participation.

For Italian companies, the show was an opportunity to get in touch with global players in the military and civil sectors, in order to conclude possible interactions aimed at facilitating the acquisition of new technological development opportunities for the national industry.

The national stand was attended by a large number of visitors and, in particular, by personalities of the caliber of Josep Borrell, high representative of the European Union for foreign affairs and security policy, and the CEO of EDA, Jiří Šedivý.