Presentation of the Segredifesa 2022 calendar 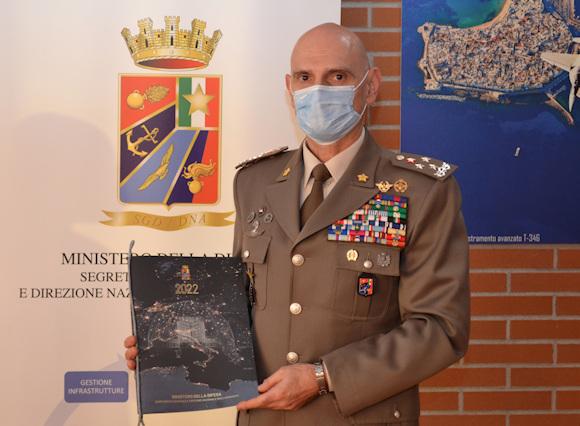 It took place today, at Palazzo Guidoni, seat of the General Secretariat of Defense e National Directorate of Armaments, the presentation of the Segredifesa calendar for the year 2022.

This is a calendar that testifies to the contribution of the Defense Technical-Administrative area for the modernization of the country, in line with the objectives of the Dicastery, outlined in particular in the directive for the industrial defense policy.

The choice of the theme is not accidental and is in line with the activities that the Government is carrying out in this period, with particular reference to the National Recovery and Resilience Plan.

Segredifesa's institutional tasks have always included scientific and technological research - therefore, consequently, the modernization of the country - favoring, also through a collaborative and integrated network that involves industry, research centers and the academic world, increase in national "know-how" and its expansion in areas and sectors with a highly innovative impact.

Through the selected images, the 2022 calendar testifies and tells the values ​​and commitment of all the branches of the Technical-Administrative area at the service of the community and the Country System.

Artificial intelligence, well represented by the projects illustrated in the 2022 calendar, is destined to conquer an ever larger space of our society in the coming years and increasingly influence our way of communicating and our behavior. If on the one hand this offers extraordinary benefits, on the other it forces us to never forget the simple and basic principle of the centrality of the human being. 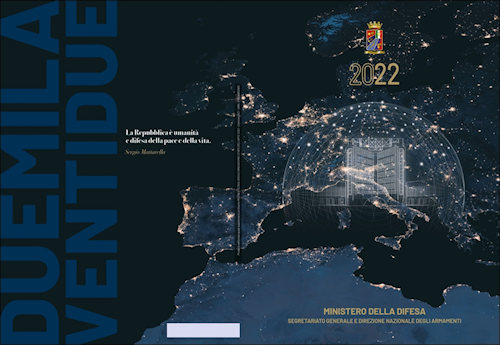 This is therefore the meaning of having wanted to dedicate this editorial initiative to illustrate some of the most important projects with a high rate of innovation developed by Segredifesa as part of its institutional mission.

In addition to the cover, which shows the satellite map of Europe with highlighted the points of greatest concentration and fluctuation of light, caused by recurring human activities, at the beginning there is a presentation text by President Mattarella, taken from his speech on the occasion of the Festival of the Republic of last June 2. Among others, a passage from the president's speech sounded particularly significant and for this reason it was also reported on the back cover: "The Republic is humanity and the defense of peace and life".

Following, the words of the Minister of Defense, the Honorable Lorenzo Guerini, with whom the holder of the dicastery highlighted how the General Secretariat of Defense over the years he has been the protagonist of a valuable work that has allowed the dicastery to proceed with great credibility in the right direction.

In succession, the introductory text of the Secretary General of Defense and National Director of Armaments, with which the Army Corps General Luciano Portolano, highlighted how the Covid-19 pandemic has accentuated the need to make greater use of disruptive technologies , such as artificial intelligence, autonomous systems, cyber security, satellite systems and digitization.

Therefore, the need for a ready and avant-garde military instrument appears clear which, in turn, needs to be supported by a Country System capable of expressing the indispensable synergies between Defense, national industry, research centers and the academic world.

Following are the real protagonists of the editorial work: the projects reported in the various months. 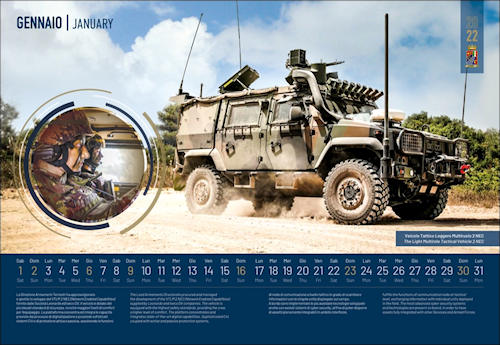 January. Lightweight Multirole Tactical Vehicle 2 Network Enabled Capabilities (VTLM 2 NEC). The Land Armaments Department procured and managed the development of the project, provided by the companies Leonardo and Iveco. The new land platform concentrates and integrates the highest safety standards for the crew.

February. Major Hydro-Oceanographic Ship (NIOM). The Naval Armaments Department managed the design, development and acquisition of a new ship with full electric steering and propulsion system for the performance of the institutional tasks pertaining to the National Hydrographic Service.

April. Crime Scene Analysis System (ASC). The IT, Telematics and Advanced Technologies Department contributed, together with Leonardo SpA and the Ministry for Economic Development, to the development of the Crime Science Analysis System. 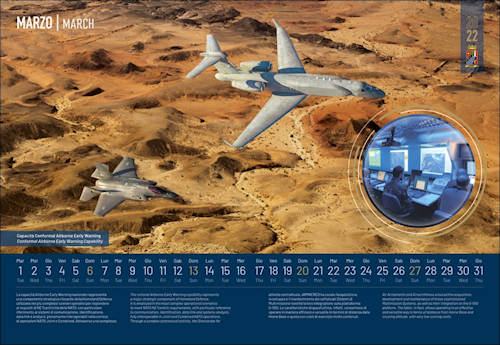 May. Space Defense / Access Protection to Space Plan (SST / SSA). Teledife managed the specific program with the aim of guaranteeing the safety of national space assets from possible threats.

July. Silent robotic fish for sampling and observation (PERSIAN). The project was managed by the Naval Armaments Directorate and concerns the design, construction and testing of an underwater biomimetic robotic platform for autonomous exploration and data collection of marine environments. 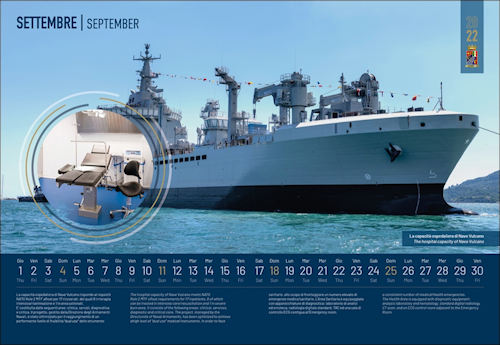 October. Persistent Earth Observation for actionable intelligence, surveillance and reconaissance (PEONEER). Segredifesa played the role of planning body of the PEONEER project, which sees Italy in the role of leader. Its purpose, of fundamental importance, is to collect and analyze data from multiple satellite sources.

November. Advanced Mobile Operating Room (AMOR) research project. The General Directorate of the Commissariat and General Services managed the various procurement phases, aimed at creating a prototype of an advanced technology system of an integrated surgical room, in a tactical environment.

December. Cyber ​​operations room of the Command for Network Operations. Teledife managed the development actions of operational capabilities to equip the Defense with a system for the prevention and prompt reaction to hacker attacks and for restoring the availability of any affected systems. 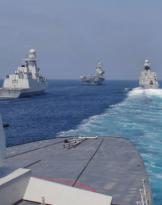 The Armed Forces at Neptune Strike 2022

The Neptune Strike air-naval exercise will take place from 24 January to 7 February 2022, organized and conducted by ...
1636
Read 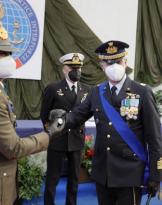 Yesterday morning, at the Operational Command of Vertice Interforze (COVI), in the presence of the Minister of Defense, the Hon. ...
12234
Read 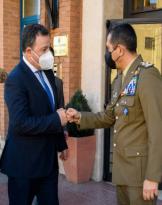 The commander of the Operational Command of Vertice Interforze (COVI), general of the army corps Francesco Paolo Figliuolo ...
1357
Read 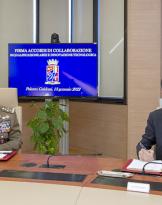 The General Secretariat of Defense and the National Directorate of Armaments, Segredifesa, has finalized two agreements of ...
376
Read 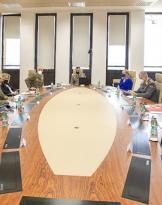 G2G Italy-Austria: contractual technical meeting between the general directors of the Armaments

In full line with the joint agreements signed last December 2 by the Minister of Defense, the Honorable Lorenzo ...
2371
Read 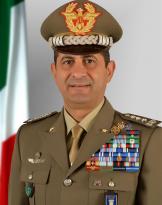 Pucciarelli: satisfaction with the general appointment of Figliuolo at the COVI top

"The appointment of the Army Corps General Francesco Paolo Figliuolo, approved today in the Council of ...
14403
Read 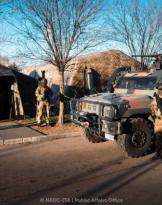 The executive phase of the exercise was completed at the NRDC-ITA operational headquarters in Solbiate Olona (VA) ...
867
Read 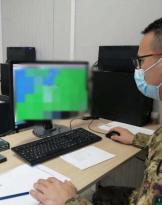 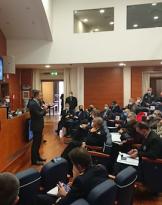 Defense looks beyond the horizon

At the CASD (Centro Alti Studi per la Difesa) in Rome the Conference took place on 29 and 30 November last ...
2540
Read 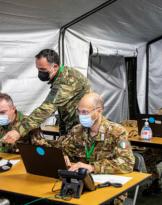