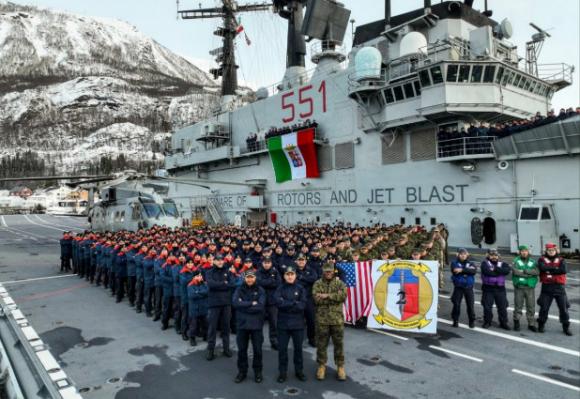 The theme of the CR22, an exercise, planned for some time and announced eight months in advance, is of a defensive nature, with activities involving opposing parties. The general objective is to strengthen the capabilities of the Allied and partner countries to operate in extreme climatic conditions, increasing the readiness of the participating units.

This is the largest exercise in the Scandinavian country since the 80s. For Italy, units of the Army and Navy took part.

The Italian Army has deployed a tactical group consisting of 210 soldiers based on the 3rd Alpine regiment of the brigade Taurinense, while Nave was present for the Navy Garibaldi like flag ship/ command ship of the commander amphibious task force and a company of the brigade Saint Mark consisting of 90 units.

On the proposal of the Minister of Defense, the Honorable Lorenzo Guerini, the President of the Republic, with Presidential Decree of 17 ...
7126
Read

"It is necessary to urgently evacuate all compatriots currently present in the territory and it must be done in the way ...
2211
Read