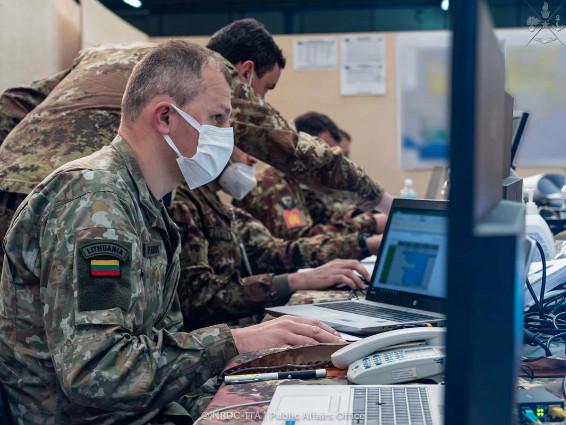 It was concluded, for the staff of NRDC-ITA and the affiliated units, in Solbiate Olona (VA), the Crisis Response Planning (CRP) related to the exercise Steadfast Jackal 2022.

The activity, led by NATO Joint Warfare Center (JWC) and from Joint Force Command (JFC) of Naples, saw the participation not only of personnel of the NATO command in Milan, but also of numerous soldiers belonging to national and foreign units, including the Joint Force Air Component (JFAC) German and the division Vittorio Veneto.

In this important phase, which lasted two weeks, the staff carried out a planning activity which, developing at different levels (strategic, operational and tactical), made it possible to issue suitable directives and specific operational plans. Then, after familiarization and updating of the operational situation, the possible intervention options were reviewed in the context of the interaction with the joint planning group and the review of the strategic planning directive. In addition, the ability of the Command Group to coordinate with the superordinate and subordinate units and to manage theOperational Liaison Reconnaissance Team (LTRO), located in Stavanger (NOR) at the Joint Warfare Command (JWC) of NATO. 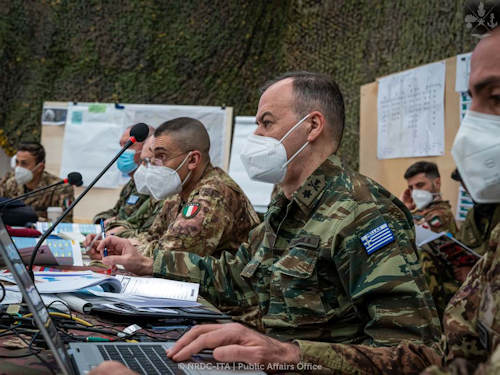 This team simulated a series of meetings with the representatives of local institutions and the main partners of the international community in order to provide the Captain and the Staff with useful information for developing the planning of a possible projection of a Joint Task Force (JTF) in a crisis area.

The CRP and the OLRT are two of the main preparatory activities for the Steadfast Jackal 2022, due to take place in the last part of the year and follow the Key Leader Training (KLT) and the Academics, which ended just a few weeks ago.

The next steps, the development of the CONOPS (Concept of Operation) and the OLAN (Operational Plan), are a prelude to the executive phase of the exercise, in which the NATO command in Milan will be tested and validated as a JTF capable of planning and conducting a non Article 5, Small Joint Operation (SJO). In this context, the command will operate against fictitious terrorist groups, in particular, in the Land, Cyber ​​and Air domains, leveraging the joint assets available in order to coordinate their effects. The commanders and staff, therefore, will put into practice the skills acquired during the preparation activity, increasing the level of operational efficiency through the use of activations in a highly realistic context. 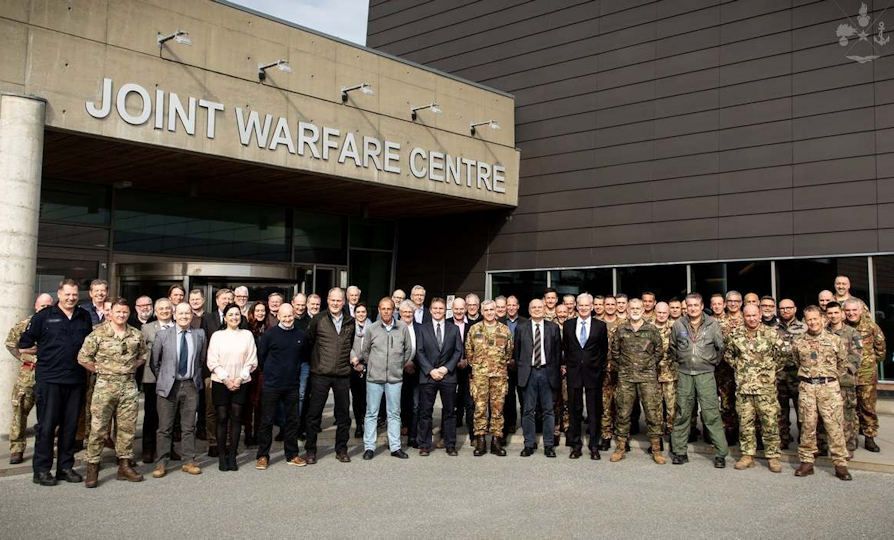 On the proposal of the Minister of Defense, the Honorable Lorenzo Guerini, the President of the Republic, with Presidential Decree of 17 ...
7034
Read

The commander of the Northern Operational Forces, general Salvatore Camporeale, accompanied by the commander ...
1718
Read

In recent days, the first meeting in presence took place in the city of Cassino, after the period of restrictions ...
428
Read

"It is necessary to urgently evacuate all compatriots currently present in the territory and it must be done in the way ...
2205
Read

The cross-border rescue exercise ended in the late afternoon today, at the Parco Giona area ...
1445
Read

The Deputy Chief of the Defense Staff, general of the army corps Carmine Masiello, delegated by the head of state ...
543
Read

A delegation from the General Secretariat of Defense, led by Major General Rodolfo Sganga, head of the III ...
331
Read

"Having assumed the leadership of the NATO Joint Force Command in Brunssum today is confirmation of the excellence of the Armed Forces ...
756
Read