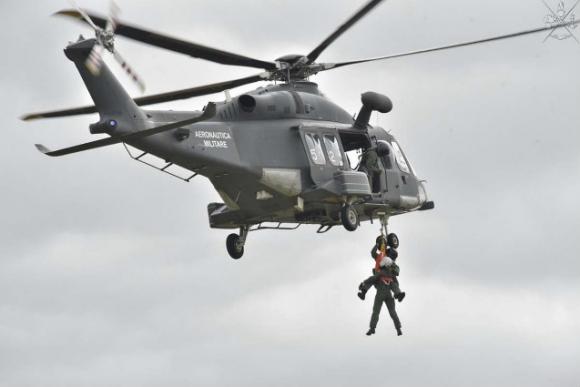 From 13 to 17 June 2022, the 2022 edition of the international Air Search and Rescue exercise will take place in the Apennine mountainous area south-west of the city of Piacenza. Grifone, planned and conducted annually by the Air Force through the Rescue Coordination Center (RCC) of the Aerospace Operations Command (COA) under the international agreement SAR.MED.OCC. (SAR Western Mediterranean), with the support of the National Alpine and Speleological Rescue Corps (CNSAS).

The main purpose of the "Grifone 2022", where the personnel and aircraft of the Italian Army, Navy, Air Force, Carabinieri, State Police, Finance Police and Fire Brigade will also be supported by crews and vehicles from the Ejército del Aire (Air Force of Spain), is to consolidate the synergies already developed between the Air Force and the other Armed Forces, State Corps and other public departments to constantly improve techniques and procedures in the field of Air Search and Rescue, in order to save lives. The international character of the Exercise is further confirmed by the participation of delegations of Observers from various countries.

The Airport Detachment of S. Giorgio Piacentino (PC) will act as both Deployed Operating Base (DOB), i.e. from Deployment base, Which by Advanced Base Station (PBA) where a real field heliport will be set up, the nerve center of the training activities from where the aircraft involved will take off and the rescue teams will operate.

The land rescue teams will be mainly provided by the Alpine and Speleological Rescue - Emilia-Romagna Regional Service - to which will be added specialized teams of the "Riflemen of the Air" of the 16th wing of the Air Force, personnel of the Italian Army, of the Guard of Finance, Fire Brigade and Voluntary Nurses of the Italian Red Cross.

On the proposal of the Minister of Defense, the Honorable Lorenzo Guerini, the President of the Republic, with Presidential Decree of 17 ...
7329
Read

The commander of the Northern Operational Forces, general Salvatore Camporeale, accompanied by the commander ...
1757
Read 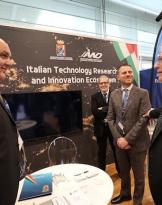