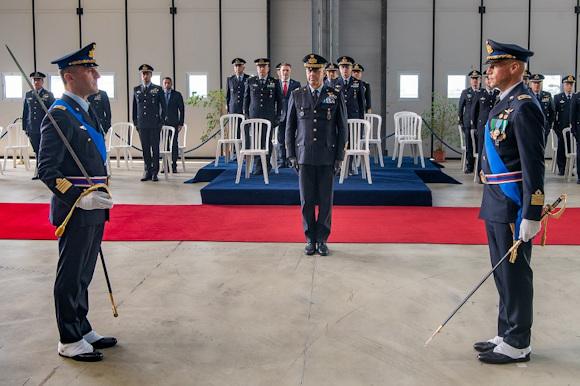 The ceremony for the change of command of the Multi Crew Training Center (CAE MC) between Colonel Pietro Carlo Zuzzaro, outgoing commander, and Colonel Alessandro Iaia, incoming commander. The ceremony was presided over by the commander of the Schools of the AM / 3 ^ air region, air squad general Silvano Frigerio, in the presence of the military, civil and religious authorities of the territory.

In his farewell speech, Colonel Zuzzaro wanted to thank the military he led during his command by stating that "The change of a commander for a flight department defines a moment of renewal, a passing of the baton [...] in the sign of continuity. The commander must first and foremost be the first keeper of the destination, the one who reminds everyone where they must go, which checks that the course is always maintained towards the achievement of the assigned objectives. For these characteristics we speak of continuity in the action of command. The term renewal instead indicates the 'how' this action of command must be carried out. A commander, in keeping the goal to be achieved fixed, he must exploit his personal characteristics to renew and innovate his organization. "

Colonel Iaia, in thanking the superior authorities for the trust placed in him for the conferral of the new and prestigious assignment, expressed his intention of wanting to be inspired by the past to underline the importance of the School, of which he had already part as instructor and head operations office 8 years ago and which will turn 10 on 12 December 2023, precisely in the year of the centenary of the Air Force: "Our mission, as our name (crew training center) reminds us, is not expressed exclusively in the training of military pilots with valuable professional qualities, but above all in training men and women to operate in perfect synergy between the professionals who make up the crews of the latest generation multi-engine aircraft, in order to retrace, in their daily service, the deeds of the Atlantic forerunners, carrying our flag everywhere in all conditions " as happened in 1931 with the Italy-Brazil airline company made up of 12 multi-engine seaplanes. "[...] To you men and women of CAE MC I place my most total and unconditional trust for this period that we will spend together; I am sure that we will be able to work together as a winning team as only through our coordinated, synergistic action, loyal and shared among all the branches of our Center, we will be able to constitute, for our visitors, the first healthy example of how to work within a flight crew. "

At the end of the ceremony, General Frigerio wanted to highlight how "The future offers us increasingly complex and constantly evolving scenarios, unpredictable challenges to which we must respond; this requires continuous improvement in every sector in order to continue the identity and capacity growth of the Air Force, as an indispensable component of the national military instrument", and wished the new center commander a good job.

Two months after the similar ceremony held in Lecce in Piazza Duomo in the presence of the president of...
1272
Read

Friday 18 November took place at the Volunteer School of the Air Force of Taranto (SVAM), the ...
230
Read

First test landing this morning on the new Antarctic airfield designed by the Italian Air Force and ...
3868
Read

Thanks to a synergy between the 1st air region command, the Dobbiaco airport branch, the efficiency group...
942
Read

Further strengthen the collaborative relations between the two Nations and consolidate the foundations for future and profitable ...
492
Read

It took place this morning, at the Quirinale, in the presence of the President of the Republic, Sergio Mattarella, ...
866
Read 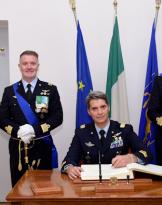 Friday 21 October, in the presence of Brigadier General Urbano Floreani, commander of the Institute of Sciences ...
792
Read 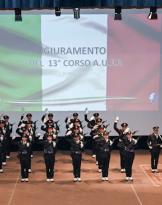