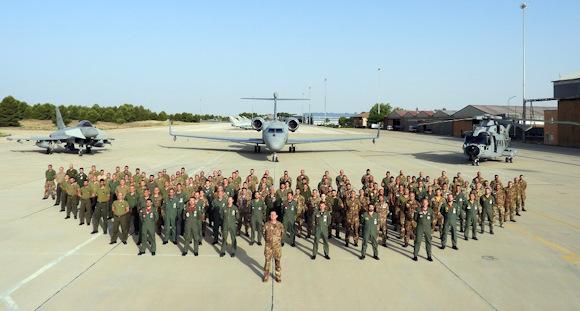 It took place in Albacete in Spain, from 6 to 17 June, theAir Centric Personnel Recovery Operatives Course (APROC), organized byEuropean Personnel Recovery Center (EPRC), Center that deals with the standardization of the four phases of personnel recovery (preparation, planning, execution and adaptation) based in Poggio Renatico (Ferrara).

This year the international exercise saw the participation not only of Italy but also of Spain, France, Germany and Romania. The Italian Air Force has deployed personnel and assets of numerous departments: 9th wing of Grazzanise with an HH-101 helicopter, 14th wing of Pratica di Mare with a G-550 CAEW (Conformal Airborne Early Warning) aircraft, 17th flock of Furbara with STOS operators (Tactical support for special operations), and 36 ° of Gioia del Colle, 37 ° of Trapani and 51 ° flock of Istrana with aircraft Euro Fighter.

The APROC is configured to train crews in planning and conducting complex missions in scenarios of Personnel Recovery (PR) promoting the integration between all the components of a multinational Task Force with different types of aircraft.

It also aims to train and qualify the participating crews in the roles of Rescue Mission Commander (RMC) through the planning stages, briefing e de-briefing resignation Personnel Recovery.

Participation in the APROC 2022 exercise represents an excellent training opportunity for the Italian Air Force to maintain a high level of international interoperability and cooperation in planning complex PR missions and allows the construction of a single training standard with the Air Forces of the participating countries in a perspective of possible future collaboration in international operational scenarios.

The head of redeployment of the Italian team, t.col. Giannitti said he was satisfied with how the personnel involved, a key element of every organization, were able to operate with competence and passion in this training context, enhancing and improving their professionalism. 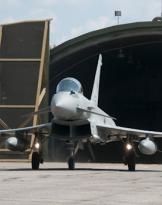 On 4th and 5th July the International Ukraine Recovery Conference 2022 took place in Lugano (Switzerland), an event for ...
134
Read 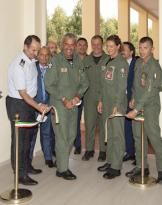 On Monday 4 July, the first phase IV course reserved for military pilots began on the Decimomannu air base ...
347
Read 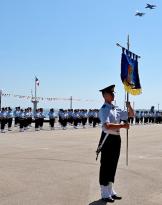 On Friday 1 July, in the historic over one hundred year old scenario of the Tarantino seaplane base, the Volunteer students in Ferma ...
99
Read 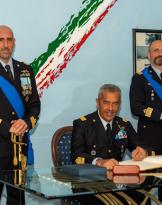 At the military airport of Furbara, home to the 17th Incursori wing and the 1st Special Operations Air Brigade (1st BAO ..
3276
Read

Over the past weekend, a representative of the Aeronautical Academy attended ...
361
Read