Home News armed forces Heaven New guide to the command of the Airport of S ... 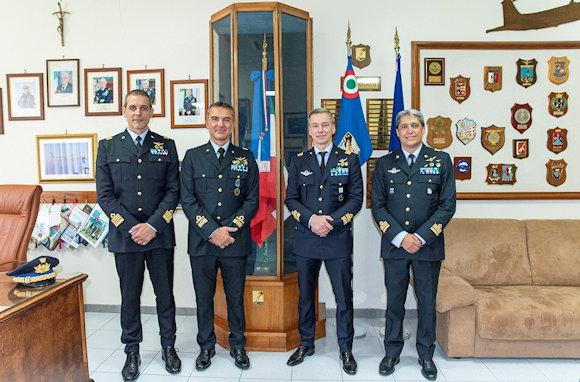 On Thursday 8 September 2022, the change in command of the 41st wing took place at the aircraft maintenance hangar in Sigonella Antisom and Sigonella Airport between the outgoing Colonel Howard Lee Rivera and Colonel Emanuele Di Francesco.

In compliance with the precautionary measures related to Covid-19, the event was chaired by the commander le mobility and support forces of the Air Force (AM), general of air division Enrico Maria Degni, and of the inspector of the Aviation for the Navy, air brigadier general Francesco Saverio Agresti.

To seal the sober ceremony, the presence of the War Flag of the 41st flock, decorated with two Silver Medals for Military Valor and one for Civil Valor, and the participation of a representative of deployed personnel, civil and military authorities of Sicily Oriental, including the main Armed Forces Associations of the Territory, and the commanders of the other Bodies - national and foreign - present at the Sicilian Airport for various reasons. Among these, the major realities, those AM - of the 11th aircraft maintenance department and the 61st flight group Predator - and the permanent international ones - the US Naval Air Station and the NATO AGS Force - as well as the foreign assets periodically engaged in the activities of Eunavformed Irini (Luxembourg and Poland).

Colonel Rivera, grateful and moved to have had the opportunity to return to Sicily after having spent part of his military career there, was keen to thank those present all the realities stationed or who have operated in the sphere of action of Sigonella. Therefore, a summary of the main events and events that involved him during his almost two years of command followed, underlining the joint defense and security cooperation as well as the multilateral cooperation of Italian politics and defense that "only" in Sigonella can perceive. "... Only in Sigonella, in fact, an airport which I remember being of the Italian Air Force, will you be able to find international commands permanently established with NATO personnel and vehicles; personnel and vehicles belonging to the Navy, the Air Force and the United States Marine Corps. 'America; personnel and means of the European air and naval forces. Only in Sigonella you can observe a continuous rotation of personnel and vehicles from all over the world: starting from the countries closest to us such as France, Spain, Portugal, Germany, Great Britain, Poland , Luxembourg, up to Canada and even more distant Australia, without mentioning the other national military bodies and commands present on the grounds ..., among these I want to dedicate a separate mention to Airspace Control, responsible for air traffic management, civil and military, of all eastern Sicily, where, I remember, there is also an active volcano. This is the strength of Sigonella, this it is the strength of all of you, Sigonella's staff, what makes you irrefutably unique ... ". 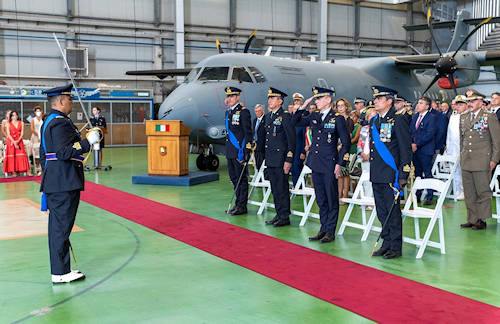 Colonel Di Francesco, in the course of his speech, after thanking those present and the top management of the AM for their trust, addressed the staff of Sigonella who is preparing to lead "... for me it is a privilege to have become your commander. I will work in continuity with those who preceded me so that we can fulfill our mission in a healthy and safe work environment. Ours will be a team effort, to be carried out with competence and transparency; each of you can and must express your potential with loyalty and respect towards one's colleagues ".

General Agresti, in greeting those present at the event, offered his respectful greeting to the flag of the 41st flock and remembered the fallen of Sigonella in carrying out their task. Addressing the staff he said: "The staff of Sigonella and the 41st wing have operated in the last two years with a passion and professionalism that are simply admirable, always responding with punctuality, competence and absolute effectiveness to any need, accepting with courage and a dedication worthy of the best traditions of the department What he has shown makes me absolutely proud and, I am convinced, also makes both the Air Force and the Navy proud. ... My hope is that the flock will soon be returned to its unique specialty. peculiar and excellent, that is the 'Antisom fight'. An operational need which, in the current dramatic international security framework and, more specifically, in view of the emerging or growing threats already present in the Mediterranean basin today, is becoming for the Nation an urgent and no longer postponable necessity ".

General Degni in underlining the numerous and important goals achieved by the Sigonella Airport and 41st Wing in the last two years, addressed the department: "Dear Howard, you can rightly feel satisfied and proud for your period of command. In these two years, in a historical period characterized first by the pandemic and then by the crisis in Ukraine, you have been able to lead the command in an exemplary way, with undisputed professionalism and contagious passion, managing to create a strong team spirit and a serene work environment. This is a particular command, a command that if on the one hand confers the privilege of being the master of the house, on the other involves the burdensome responsibility of maintaining the obligations envisaged in this complex reality towards all the Armed Forces, joint and international bodies operating from this base at any time of day or night for public utility services and international stability. Bravo, I congratulate you! and tireless effort you have managed to use the human and financial resources available, wisely balancing the mission and needs of the person ale". He wished the incoming Commander a peaceful and fruitful work: "To Col. Di Francesco, whom I got to know and appreciate directly as my Head of the Training Office, I express my heartfelt wishes for the achievement of increasingly prestigious goals, starting from the solid reality" you are inheriting. It has been entrusted to you. an important and responsible task. "I assure you of all my support to enable you to work peacefully, in a period that promises to be challenging. Good work!"

The Sigonella airport command is employed by the command of mobility and support forces (CFMS) of Rome. It provides operational, technical, logistical and administrative support to the entities and departments at risk and in transit on the air base of the same name, ensuring seamlessly the services necessary for the safe and effective performance of flight activities, which include, among others, technical assistance on the ground, refueling, meteorological service, fire-fighting service, health assistance, the availability of recreational and accommodation infrastructures. Furthermore, it is responsible for the provision of air traffic services within the control area (CTR) called "Catania", which includes the skies of eastern Sicily and adjacent seas, including the Military Airport of Sigonella and the civilian airports of Catania- Fontanarossa and Comiso (RG). The CFMS is employed by the air squad command and exercises the duties regarding training, preparation and operational readiness of its departments, so that they acquire and maintain the required levels of operational readiness.

The 41st flock Antisom of Sigonella, hierarchically dependent on the office of the Navy Aviation Inspector, is equipped with "P-72A" aircraft with which it guarantees its primary mission of maritime surveillance, contrasting illegal trafficking and international terrorism and safeguarding long-range human life at sea as well as protection of the main maritime traffic routes in the southern quadrants of the Mediterranean. The crews of the P-72A are made up of pilot officers and non-commissioned officers on board who belong to the AM and MM. Since 1965, the typical feature represents an example of well-tested and efficient synergy and inter-force cooperation that arises well in advance of the strong inter-force development of the military instrument characteristic of recent years. For this reason, following the establishment in 1957 of the Antisubmarine Aviation, the 41st flock maintains a typically joint and perfectly integrated role through the combination of two components (AM and MM). The anti-submarine aircraft, in the past the Grumman and Atlantic and today the P72A, in fact depend for use by the MM which evaluates and determines all the operational missions that can be assigned to them, while the technical-logistic activities and the technical-professional training are the responsibility of the AM which has the 41st flock employed. 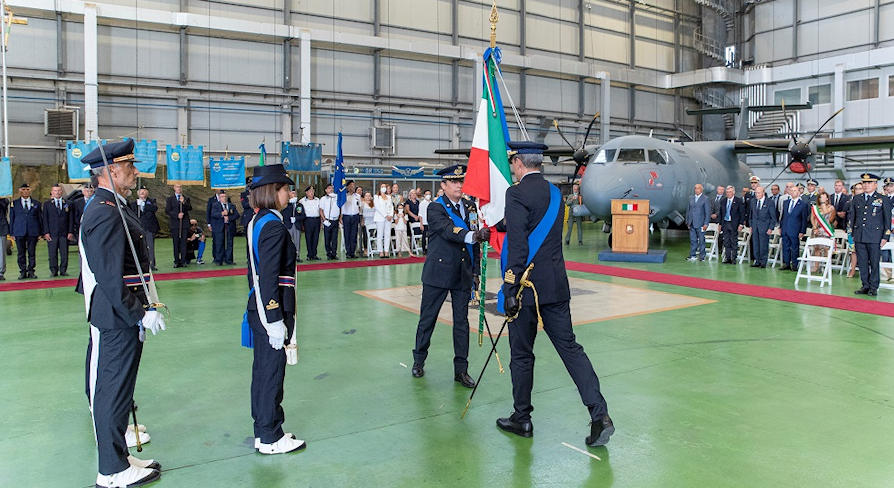 Two months after the similar ceremony held in Lecce in Piazza Duomo in the presence of the president of...
2680
Read