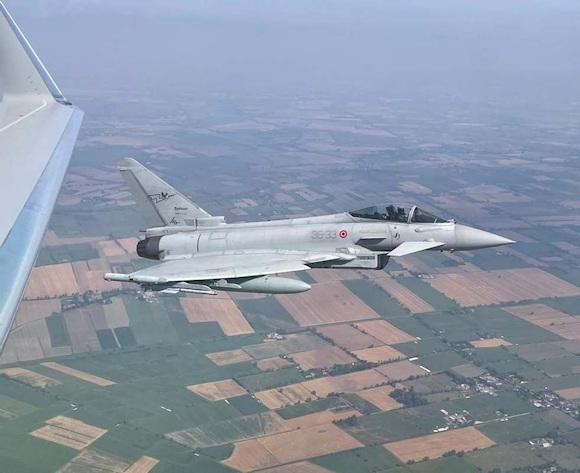 On Thursday 18 August, the chief of staff of the Italian Air Force, air squad general Luca Goretti, was welcomed at the Krolewo airport in Malbork, by the maj. gen. Jacek Pszczola, inspector of the Polish Air Forces-general command of the Polish Armed Forces, with whom he had a fruitful and cordial conversation and with whom he made a point of situation on the activities in progress.

Subsequently, General Goretti met the women and men of the Air Task Force White Eagle engaged in Poland in the NATO mission of enhanced Air Policing.

General Goretti thanked all TFA personnel on behalf of the Armed Force.

"I am here today to thank you for what you are doing for the country and to testify to the closeness of the entire Armed Force", said the chief of staff. "A special applause to the logistic machine that makes these missions possible, a truly essential aspect that allows crews to go flying to ensure the safety of the Alliance's skies". He then added, "You are operating in a very delicate and complex context, with an operational activity that knows no pauses: even yesterday we had the demonstration, when a planned training mission was transformed, while you were already in flight, into a real surveillance mission of airspace ". 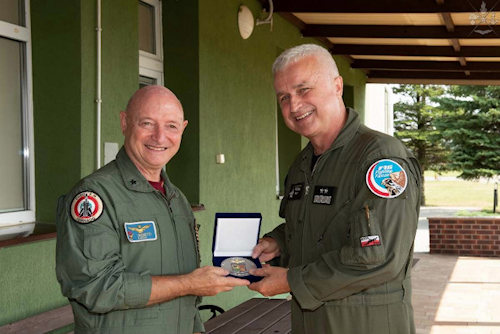 “It is right that I am here to touch this reality firsthand, to show you my satisfaction with what you are doing. I turn in particular to younger children: it is important that the echo of the work you are doing here reaches Italy, so that you can be an example of commitment, ability and seriousness for other young people. You are here today to defend our freedom, there are no other reasons ".

The Italian contingent, placed under the direct national dependence of COVI (Operational Command of Vertice Interforze), is made up of 136 women and men of the Air Force coming from flight groups and technical and logistic personnel, who will operate until 30 November 2022 alongside the Polish Air Force to protect the northeastern flank of the Atlantic Alliance.

The operational capabilities that can be expressed by the Air Task Forces deployed in the operational theaters, through constant joint training with the other national and international surface components, contribute to achieving real interforce integration.

Two months after the similar ceremony held in Lecce in Piazza Duomo in the presence of the president of...
2689
Read