Museums: the Historical Museum of the Air Force reopens to the public 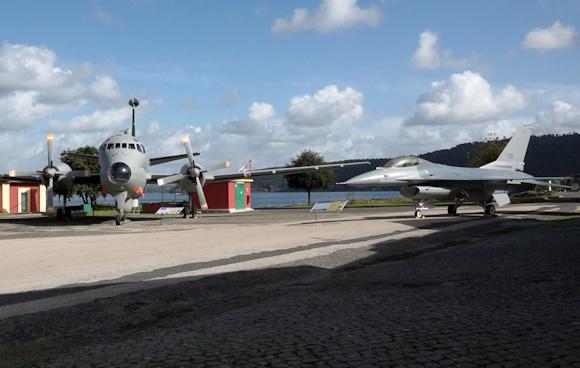 From October 31st, the Historical Museum of the Air Force will be open to the public again after a period of redevelopment and adaptation of its exhibition structures that will allow visitors to better appreciate the aircraft and relics that tell the story of flight military in Italy and that of the men and women who were protagonists.

Ideally, the Air Force Chief of Staff, Air Force General Alberto Rosso, reopened the doors of the museum during a sober ceremony held this morning in Vigna di Valle, in the presence of local authorities and a small number of representatives. of the Armed Force.

"Knowing the base, the cement of our history, helps us to look at our future in the best and most professional way possible. When we see a piece of our history we not only see the material but the value it contains". With these words, General Rosso wanted to underline the importance of keeping alive, today as in the past, the values ​​that characterize the institutions and the Armed Forces, "committed to serving our country in the best possible way, with passion, competence and community of purpose".

"Reopen the Museum, despite all the limitations imposed by this difficult period - General Rosso continued - it is even more important now that we are approaching a fundamental milestone of our Armed Force: the celebration of our Centennial. 2023 seems far away but not that long. Today's is a small step to build a path that brings us ever closer to celebrating our hundred years ".

On the occasion, the last two aircraft of the Italian Air Force were unveiled and thus officially become part of the Museum's exhibition collection: the F-16 Fighting Falcon and the Breguet 1150 Atlantic, two aircraft that have written important pages in the contemporary history of the Armed Force, respectively in the field of air defense - where the F-16 ensured its service between the F-104's departure in 2004, and the entrance of theEuro Fighter, in 2012 - and as part of the anti-submarine air patrol, where theAtlantic instead it ensured the surveillance of the Mediterranean Sea over the course of 45 years of operational life, from 1972 to 2017.

Just the last specimen of Atlantic, in 2018, was the protagonist of a spectacular transfer from the Pratica di Mare airport to Vigna di Valle, carried out with a helicopter of the National Fire Brigade that transported the plane in flight thanks to a special harness.

The Museum, which is located in Vigna di Valle, on Lake Bracciano, will be open every day starting from October 31, from 10:00 to 16:00 (except on weekdays, January 1, Easter day and December 25), with free admission and regulated access in compliance with the regulations on the containment of COVID-19. Upon reservation, it will also be possible to enjoy free guided tours for organized groups. Access to the museum will be allowed only through the military entrance located in Via Circumlacuale - Bracciano.

On Thursday 26 May, at the Badoni hangar of the Air Force Historical Museum in Vigna di Valle, the ...
78
Read

On Thursday 12 May, the Undersecretary of State for Defense of the Slovak Republic, Marian Majer, accompanied by ...
8561
Read