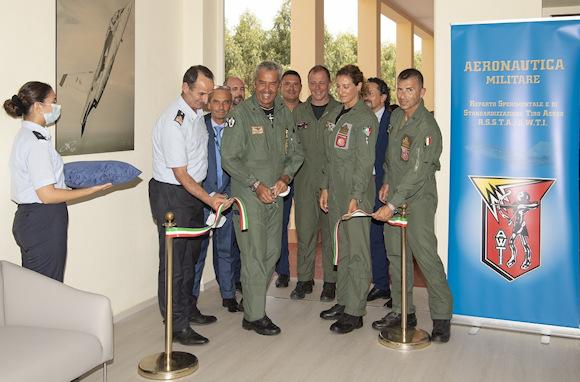 On Monday 4 July, the first phase IV course reserved for military pilots of the Italian Air Force and foreign partners, including Qatar and Singapore, was launched on the Decimomannu air base, destined to be used on "fighter" aircraft.

The commander of the schools of the AM \ 3 ^ ra, general of the air squad Silvano Frigerio, has in fact inaugurated with the symbolic cutting of the ribbon the start of the instructional activities that will be entrusted to the newly constituted 212th flight / IFTS group of the 61st wing of Galatina, which for a few days has been located on the Sardinian base.

The event represents a further step towards the full operation of theInternational Flight Training School (IFTS) on the Decimomannu airport grounds in compliance with the Technical Agreement, the agreement signed in July 2018 by the Air Force and by the Leonardo company with the aim of putting two national excellences in the system to create synergy for the benefit of the entire country: the expertise of the Blue Army in the field of training military flight and the resources of the main Italian industrial reality in the "Security and Defense" sector.

The result was also possible thanks to the extraordinary effort made by the Infrastructure Service of the Logistic Command which, pending the completion of the "citadel" which will host instructors, visitors, technical staff and equipment, made a series of facilities accessible in a very short time. able to allow the Air Force to start training activities on Sardinian soil in compliance with the provisions of the agreement signed with Leonardo.

The IFTS aims to consolidate the growth and internationalization process of the Air Force flight training sector, increasing the range of courses available for foreign countries, in order to meet the growing demand for advanced training coming from allied and partner countries. The project, mainly based on the provision of phase IV courses, attended by pilots destined for 4th and 5th generation fighter aircraft, such as theEuro Fighter o the F-35, foresees, in order to reach the full potential of the training offer, a progressive growth of the Galatina flight school through the expansion on the Sardinian base.

At full operational capacity, the IFTS, in addition to offering an extremely elastic syllabus, as it is based on several modules, and therefore better adaptable to the varied needs of the various Air Forces, will be able to double the number of stage IV attendees trained in a year, bringing them from the current 30-40 up to about 80.

The initiative will see, for the first time, working together military instructors of the Air Force and civilians of Leonardo, in the context ofIntegrated Training System (ITS) based on the T-346A aircraft: an integrated platform in which the compartment ground (simulators and ground learning systems) forms a whole with the aircraft itself, allowing training activities to be optimized and made more cost-effective.

It is also a historic moment for the Decimomannu base, which is once again growing, reacquiring an international connotation and adding a very important new reality with permanent fixed-wing assets to be supported.

For General Frigerio "from the collaboration between Aeronautica Militare and Leonardo, the most modern and advanced integrated flight training system among those present in Western countries is being born. The International Flight Training School is a virtuous example of national institutional and industrial synergy capable of satisfying the growing demand from the Air Force and partner countries for the advanced training of their pilots. The training of the crew is the result of a training process which, thanks to a perfect combination of professional skills and cutting-edge technological systems, represents a niche of excellence recognized and appreciated all over the world. Furthermore, the realization of the IFTS at the Decimomannu base is having and will have strong and positive economic and employment effects in favor of the local industries, with the result of further consolidating the excellent collaboration relationship - existing for many years - among the Air Force mi litare, the aviation industry and the island's territory ". 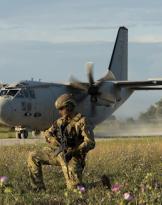 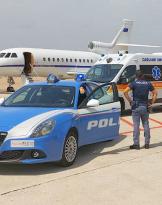 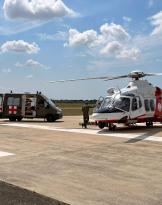 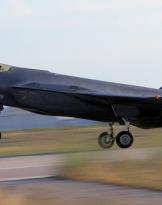 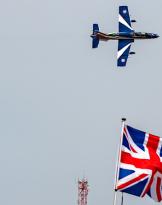