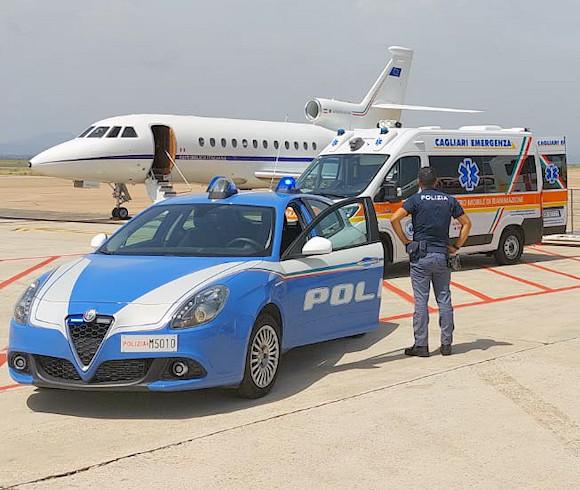 The first life-saving mission carried out by F of the 31st flock of the Air Force with on board a newborn of just 2 days of life for which it was necessary the emergency medical transport from Cagliari to the Bambino Gesù pediatric hospital in Rome.

The aircraft, which took off from Ciampino airport around noon, reached Cagliari airport where it embarked the very young patient in a thermal cradle, both parents and the medical team who ensured it. health care during the flight to the capital.

In the late evening it was necessary to carry out a second life-saving flight: a baby girl just one day old was urgently transported from the airport of Cagliari to that of Ciampino (RM), always aboard an aircraft F of the 31st wing of the Italian Air Force.

The little patient, accompanied by her father, was boarded on the military aircraft inside a thermal cradle and under the constant supervision of a specialist medical team.

Transport requests have been received from the prefecture of Cagliari to room top situations of the command of the air team, the operations room of the Air Force which has among its tasks that of arranging and managing this type of missions through the activation of one of the aircraft that the Armed Force keeps ready 24 hours a day, in various bases , for this kind of need.

Either way, after the Falcon 900 landed at Ciampino airport (RM), small patients in need of urgent care were immediately transferred by ambulance to the health facility of the capital.