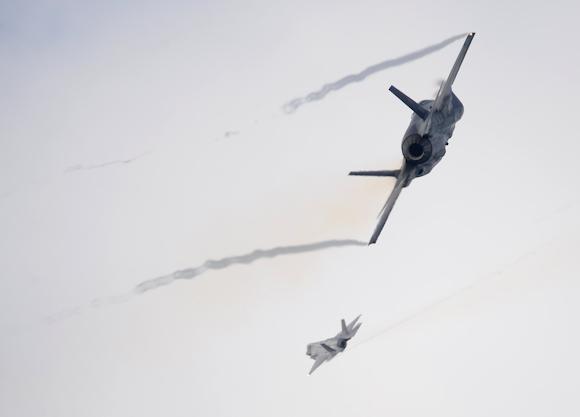 On 11 and 12 January at the 32nd wing of Amendola, the third edition of the training activity called "Perfect Storm" was held, which was attended by F-35A, F-35B, MQ-9 Predator, several Eurofighter F-2000 aircraft coming from the 4th, 36th and 37th wing and a G-550 CAEW from the 14th wing, as well as flight personnel from the Experimental Flight Unit.

The event, inserted in the context of the continuous path of integration between 4th and 5th generation weapon systems, allowed a considerable training return and optimized the different methods of use of the various bodies involved.

The intense training activity, scrupulously planned by the participants, with the support of personnel from the Aerospace Operations Command (AOC) who, through the figure of COMJFAC, exercised operational control of the assets directly from Poggio Renatico, was mainly focused on one specific Combat Scenario, where the ability to acquire and manage complex information, based on the principles of aerospace power, is of vital importance in modern military air operations. 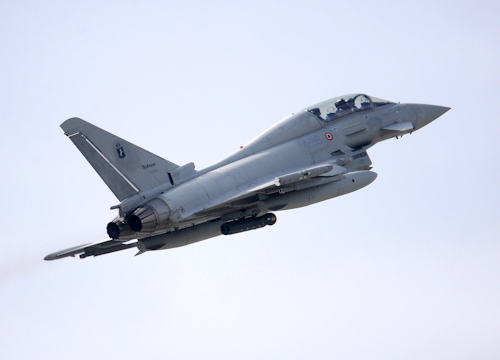 The synergy expressed in the operation carried out on the skies of the Ionian Gulf and Calabria, resulted in a single complex mission of Offensive Counter Air (OCA), with simultaneous engagement of several target highly protected by systems Double Digit Surface to Air Missiles (SAM) and advanced air threats, as well as the engagement of a Time Sensitive Target (TST) in rapid movement, through the combined use of the aircraft assets involved and through the exchange of targeting and engagement data directly with the AOC where a TST Cell has been appropriately activated.

“The objectives set and the goals achieved today - underlined Mr. SMA chief, General Alberto Rosso, who took part in the training event - they make me particularly proud and optimistic about the future of the Armed Force. We are concretely evolving in expressing operational capabilities that allow us to carry out the mission of the Air Force: effectively guarantee aerospace power, with specific regard to the ability to plan, conduct and control a complex air operation, something that only the Air Force, along with a few other Air Forces globally, it is capable of doing effectively.
The integration process between 4th and 5th generation aircraft is essential and continues thanks to the high skills of the personnel capable of enhancing the technologies of the weapon systems supplied. "

On Thursday 26 May, at the Badoni hangar of the Air Force Historical Museum in Vigna di Valle, the ...
209
Read

On Thursday 12 May, the Undersecretary of State for Defense of the Slovak Republic, Marian Majer, accompanied by ...
8563
Read