Home News armed forces Heaven Centenary AM: in Piacenza it returns to rumble ... 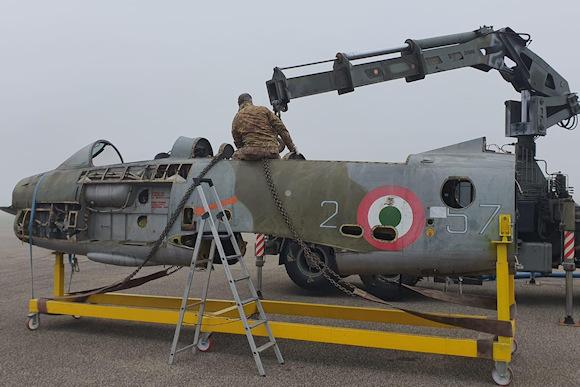 Last March, at the Piacenza airport detachment, the Bristol Siddeley "Orpheus" 803-02 turbojet of a G-91R fighter-bomber belonging to the 2nd wing, based in Treviso-Sant'Angelo and used as a photographic scout.

The aircraft is being restored to be put back in flight conditions, in view of the celebrations of the Centenary of the Armed Force, on March 28, 2023 as well as for the conservation and enhancement of the Arma Azzurra's historical aeronautical heritage.

The recovery project saw the light since October 2021, while the actual works began in January 2022, thanks to the collaboration between the company Callegari Srl and the Air Force, with technicians and specialists coming, in particular , from the 1st aircraft maintenance department of Cameri (No), from the 3rd aircraft maintenance and armament department of Treviso, from the 6th wing of Ghedi (Bs) and from the 61st wing of Galatina (Le). The support of the ACS company and other small and medium-sized Italian companies is also fundamental. 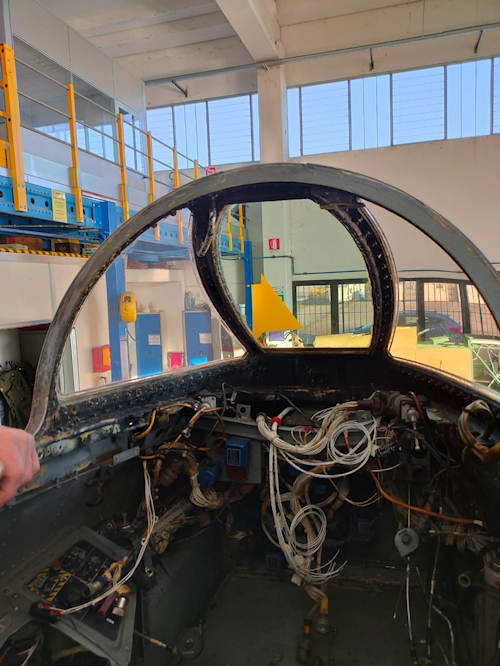 The most stimulating challenge was to update procedures and equipment that have no longer been in use for about 30 years. The jet, designed in the fifties by the engineer Giuseppe Gabrielli, was, in fact, completely disassembled, to be reassembled only after the complete revision of all the individual components while the works were preceded by a careful analysis of all the documentation, technical and historical, of the aircraft.

The fighter will fly again thanks to the collaboration between the engineers of the Air Force and the National Civil Aviation Authority (ENAC).

The Fiat G.91R was a single-seat, monoplane and monoreactor aircraft, for ground attack and photographic reconnaissance, thanks to a system of cameras installed in the nose. Equipped with an arrow wing, it reached a maximum speed of 1.045 km / h, for a range of about 1.900 km.

Winner of a competition announced by NATO in 1953 for a light tactical fighter of European production, he remained in service in Italy until April 1992 when, with an official ceremony at Treviso-Sant'Angelo airport, then home to the 2nd flock, the last aircraft (the MM 6413) passed the baton to the new AMX fighter.

Of the G-91, nicknamed "Gina", over 750 units were made in different versions, including the two-seater training "T" (Trainer) and the twin-engine variant "Yankee" which took its name from the only air intake in the shape of “Y” which powered the two General Electric J85 turbojets.

Finally, from 1963 to 1982, a special PAN version, lightened, equipped with smoke generation systems, white and colored and painted with the characteristic blue livery, equipped the 313 ° acrobatic training group “Frecce Tricolori” based in Rivolto (Ud). 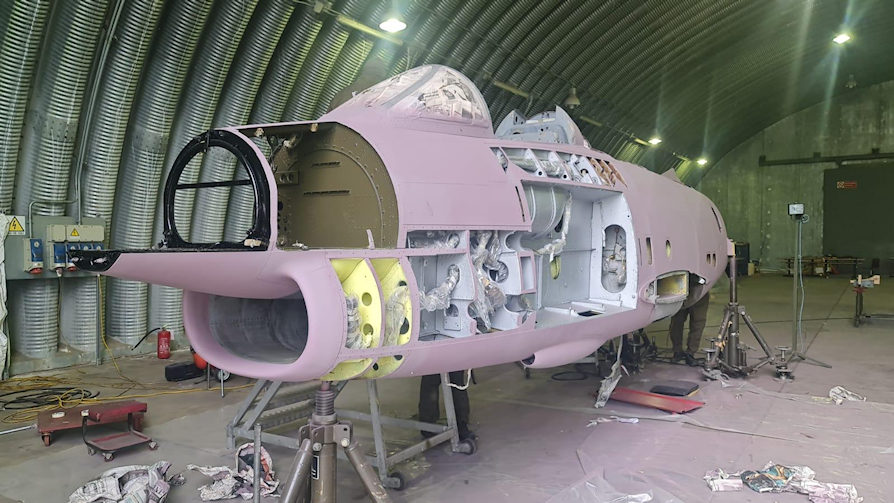