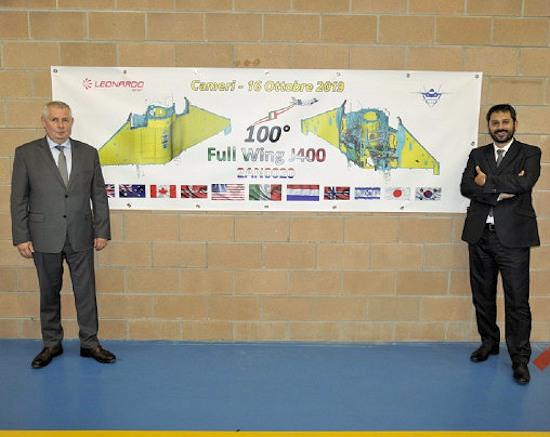 Thursday 17 October, the Undersecretary of State for Defense, the Hon. Angelo Tofalo accompanied by the Chief of Staff of the Italian Air Force, Luca Goretti, the General Air Team, and Gen. from Giandomenico Taricco, director of the IV department of the general secretariat of DIfesa / DNA, he went to Cameri, at the Multipurpose Center Aerospace Aircraft (Ce.Po.VA) where it welcomed a delegation from the Republic of Poland that arrived in Italy at the invitation of the Italian political and military authorities. Leading the delegation, including the national director of Polish Armaments, gen. Karol Dymanowski, the deputy minister of defense, mr. Marek Łapiński.

Arriving at the Cameri Military Airport, the host authorities visited the industrial plants where the head of the aircraft division of Leonardo SpA, ing. Lucio Valerio Cioffi, welcomed them by accompanying them to visit the facilities of the Final Assembly and Check Out, FACO di Cameri.

After attending an introductory briefing by the gen. Taricco regarding ongoing and future collaboration activities between Italy and Poland, and a presentation on FACO's skills by Ing. Cioffi, the delegation visited the factories for the assembly and production of the components of the F-35 aircraft with particular attention to the line dedicated to "full wings".

After the visit to Cameri's premises, the Deputy Defense Minister Łapiński wanted to express words of thanks for the welcome received, with a heartfelt appreciation for the technical-industrial excellence expressed by the FACO itself.

The activity then continued at the Turin Caselle site where the Leonardo Company was able to illustrate its products and capabilities, also with reference to rotary-wing structures.

The Cameri plant is expected to produce 835 "full wings", that is the wings and the central part of the fuselage, of the entire program. The plant was also chosen as the facility for the maintenance of F-35 aircraft for the entire Euro-Mediterranean area, including Italy. 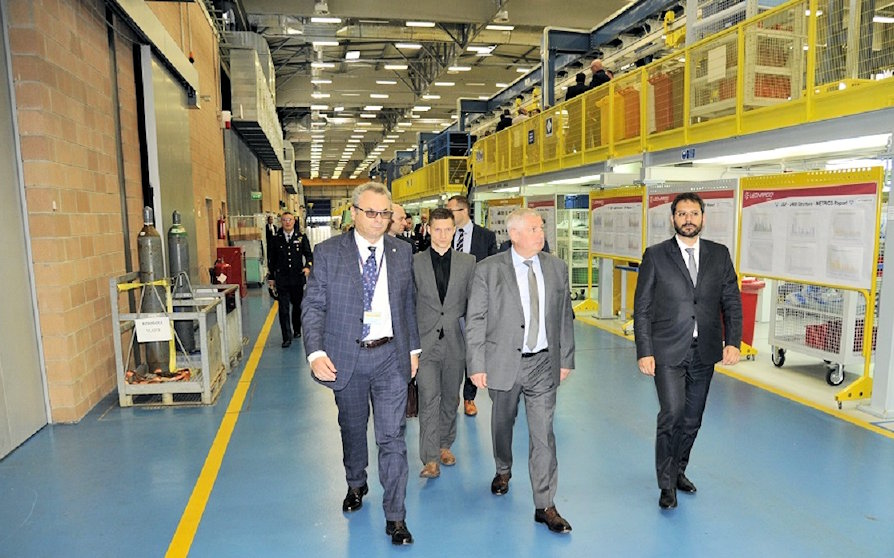 The change of command of the Experimental and Shooting Standardization Department took place on Thursday 9 July 2020 ...
1453
Read

An Air Force C-130J aircraft made two flights to Ukraine to bring aid to the populations ...
315
Read

The countdown to the celebrations of the centenary of the Air Force begins today, which will occur ...
196
Read

On Wednesday 24 June, the change of command took place at the direction of the 1st Aircraft Maintenance Department of Cameri between ...
390
Read

On Wednesday 24 June, at the "Enrico Comani" military airport of Latina Scalo, the exchange took place under the command of the ...
312
Read

On 24 June it was held at Guidonia Airport, in limited form for the provisions on the containment of the ...
424
Read

Today in the Room of the 1st Atlantic Flight, historic room of Palazzo Aeronautica in Rome, the rotation took place ...
319
Read

During the night a 25-year-old man in imminent danger of life was transported from Bari Palese to Turin aboard a ...
182
Read