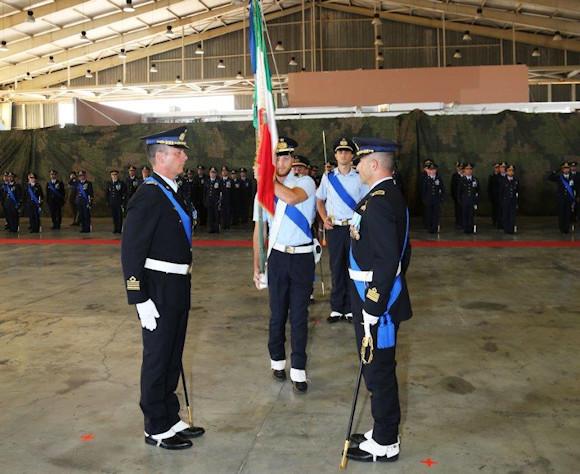 On Tuesday 13 September the ceremony for the change of command of the RSSTA took place between the outgoing commander Colonel Cosimo De Luca and Colonel Federico Pellegrini.

At the ceremony, presided over by the commander of the Military Air Force command for the Autonomous Region of Sardinia and the Interforces Experimental Polygon of Salto di Quirra (PISQ), air brigadier general Davide Marzinotto, numerous military, civil and religious authorities participated.

Colonel De Luca, in his farewell address, expressed his thanks for the support received during his time in command. "Despite the difficulties in these two years spent in full pandemic emergency, thanks to the synergy between the men and women of the Department and the constant and precious contribution of the Autonomous Region of Sardinia and the Local Authorities, the goal was achieved, with the 'start of activities relating to the first course of the International Flight Training School (IFTS) last July ".

Colonel Pellegrini, for his part, thanking the superior authorities for the trust placed in him, said he was honored for having received such a prestigious assignment, which constitutes a key element for the training objectives of the Air Force in the present but above all in the near future. He then went on to address the department staff promising to "ensure every effort to allow everyone to best express any professionalism useful for satisfying the capacitive output required by the Arma Azzurra". 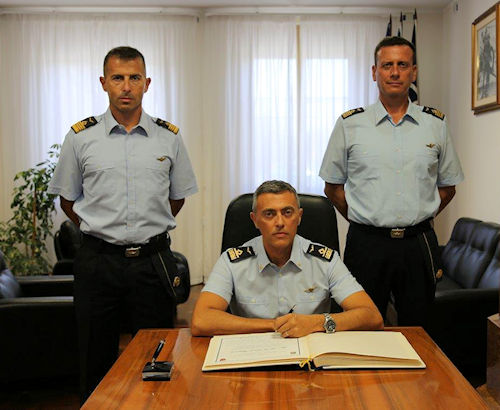 Brigadier General Davide Marzinotto then took the floor and thanked the authorities and kind guests for their presence at the ceremony. Later he expressed deep satisfaction with the work of Colonel De Luca "for the undisputed professionalism and determination with which he led the department towards the development path that will see the creation of one of the most advanced international flight schools in the world".

Il experimental and standardization air shooting department of Decimomannu, guarantees the logistical-operational support for the flight departments of the Italian Air Force, of the other FF.AA. and the Allied Countries. The base is located in Sardinia about 20 km from the city of Cagliari and, thanks to the favorable climatic conditions, the availability of large free air spaces, as well as the presence of huge logistical infrastructures, it is considered the ideal place for air training.

The airport, unique of its kind, is able to host and support numerous aircraft, transport and helicopters at the same time, having runways and parking areas suitable for even the largest aircraft such as the Antonov AN-124 and the Galaxy. C-5.

Lastly, from June 2022 the Decimomannu Air Force base hosts the newly established 212th flight / IFTS group of the 61st Galatina wing, for the advanced training (4th phase, pre-operational) of the pilots destined for the lines aircraft of the AM or other Partner Countries with the aim of becoming a global reference point in the provision of advanced training to the air forces.

Two months after the similar ceremony held in Lecce in Piazza Duomo in the presence of the president of...
2680
Read