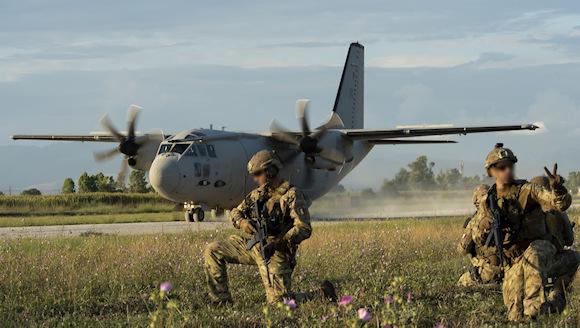 On 17 August the 46a Pisa Air Brigade reaches an important milestone, at 12:30 the C-27J "Lupo 88" aircraft, edition Special Color, has reached 50.000 flight hours. In the cockpit the commander of the brigade, gen. by Alessandro De Lorenzo, together with the commander of the 98th flight group, t.col. Diego Urso, and to the on-board operator, Marshal Alberto Rodio.

The tactical transport aircraft, produced by Alenia Aermacchi (formerly Alenia Aeronautica), has reached this important milestone since its first delivery on 11 January 2006: 50.000 flight hours for the entire fleet, carried out in support of operations both in the national and international and NATO coalition. Numerous places in the world have seen the personnel of the 98th flight group and of theInternational Training Center of the 46a air brigade.

This last milestone, compared with the complexity of the places where the operations took place, expresses the synergy with which the operators of the weapon system, pilots, on-board operators and technical personnel of the aircraft efficiency group of the 46a air brigade, have guaranteed readiness and constant operation. From Afghanistan to IRAQ, from the United States of America to the Philippines, for humanitarian support to transportation for national needs during the recent global pandemic crisis linked to COVID-19. Wherever it was needed, the C-27J aircraft showed transport capacity and versatility in all the different possible configurations. 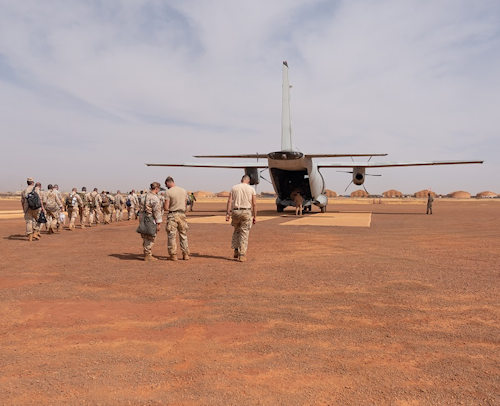 The EC-27J JEDI version, Jamming and Electronic Defense Instrumentation, ensured the safety frame in the electromagnetic spectrum necessary in the Theaters of Operations, also employing the staff of the Electronic Warfare Operational Technical Support Department - ReSTOGE - stationed at 9a ISTAR-EW air brigade of Pratica di Mare. At the same time, the tactical transport version has been enriched over the years with additional capacities, achieved thanks to the integration of additional modules such as the isolated aviation-transportable stretchers, or bio-containment stretchers, for patients who need absolute isolation. .

Lo Spartan has therefore deployed over the years functions that exceed those of the traditional tactical transport of vehicles, materials, personnel and aviation capacity at high and low altitudes, adapting to the needs of the Air Force, so as to express the contribution of Italy all over the world .

The C-27J aircraft is in force with the air forces of 15 other countries and is known among flight enthusiasts for its maneuverability characteristics, demonstrated in the various flight phases, as happened at the recent Royal International Air Tatto (15-17 July 2022), in which a C-27J aircraft, assigned to the Air Force Experimental Flight Department, received the "The Sir Douglas Bader Trophy" award for the best solo demonstration. The 50.000-hour milestone is the realization of the aircraft's technical capabilities in operations to support real needs. The 46a Air brigade has therefore chosen to honor the milestone reached by the C27-J flight line by presenting one special color that shows the dedication and courage with which the "Wolves" of the 98th group have worked and with which they have given prestige to Italy through the Air Force.

Thanks to the work of the artist Silvia Cammerano, to the effective realization by all the military and civil personnel of the aircraft efficiency group of the brigade and the collaboration of Mr. Mainini and Mr. Stoic, experts in the field, a C-27J aircraft of the 46a air brigade will continue the mission today in the skies of Italy, Europe and the world, telling the story of numerous operational missions each different from the previous one. 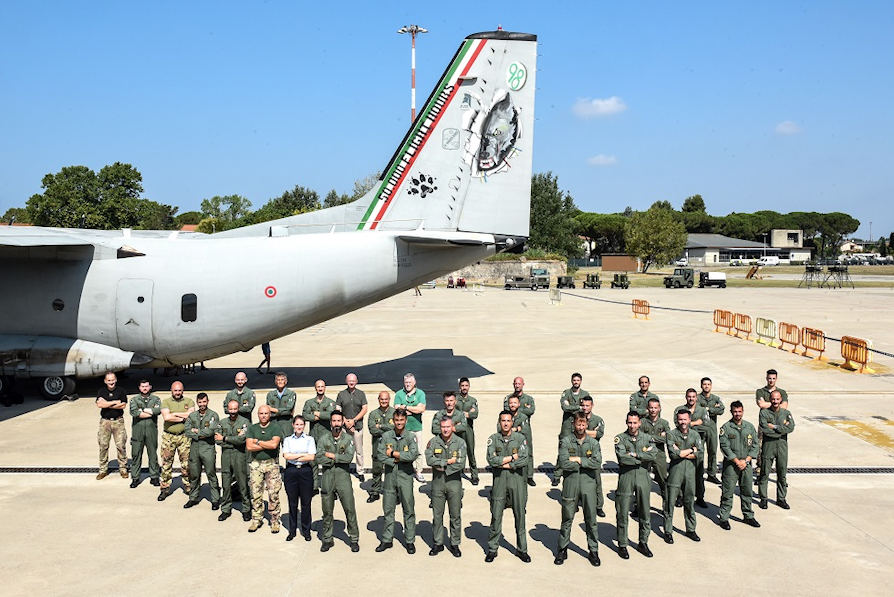 Today at the Aeronautical Detachment of Montescuro, the handover ceremony between the ...
168
Read