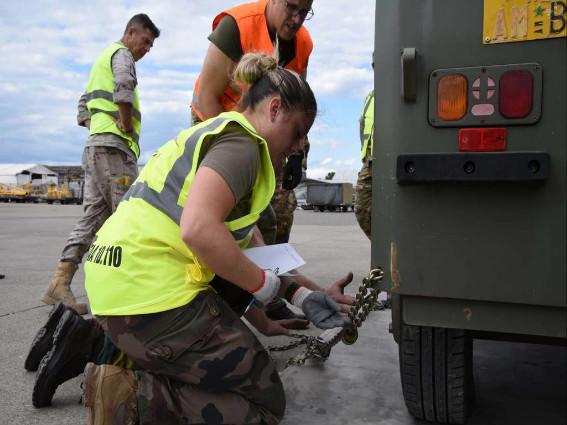 The second course 23 ended on Friday 46 September at the 2022th Air Brigade of Pisa Combined Air Terminal Training (CATT), which involved students and instructors specializing in air transport belonging to foreign air forces, some of which are part of theEuropean Air Transport Command (EATC). Belgium, France, Germany, Spain, Italy, Holland as EATC countries and Hungary, Lithuania and Poland participated for a total of 9 instructors, 16 students and 3 auditors.

The aim of the course is to increase the skills in the practical training of qualified Movement and Transport personnel of different nationalities, through the sharing of knowledge of specific means and procedures, as well as the application and compliance with international standards.

After an initial theoretical period and study in the classroom, the attendees were involved in all the operations of Air Terminal Operations, simulating operational scenarios such as material packaging, delivery of cargo to the aircraft and passenger management.

Particular attention was paid to the handling of dangerous goods, through the application of the procedures issued by the EATC in this field.

Also very interesting was the practical phase that took place on the C-130J aircraft supplied to the 46th air brigade in which the international visitors collaborated with the crew by adopting the standard procedures provided.

The CATT course is part of the training program of the Movement and Transport system which involves the ATOC in the first person, Air Terminal Operation Center, of the 46th air brigade where highly qualified personnel work who, in full compliance with international standards, ensures the optimal management of unloading and loading of transport aircraft, as well as the possibility of processing passenger traffic. A state-of-the-art facility equipped with the latest control systems and whose staff, highly specialized in the transport of dangerous goods by air and in customs matters, is part of the pool of national and international course instructors.

Two months after the similar ceremony held in Lecce in Piazza Duomo in the presence of the president of...
2678
Read