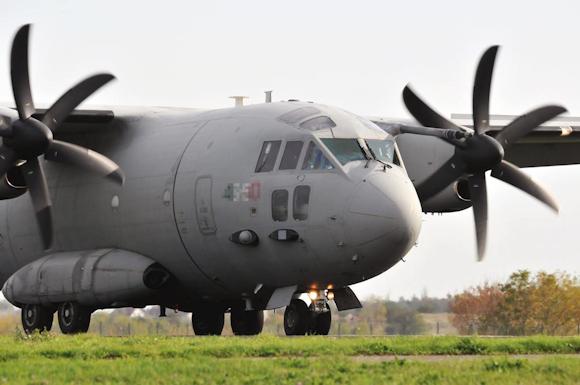 The "Compass 2019" exercise organized by the Support and Special Forces Command (CFSS) was held in Germany, at the Magdeburg airport, with the participation of personnel from the 46th Air Brigade of Pisa and the 17th Stormo Incursori of Furbara (RM), with the support of the 16 ° Stormo di Martina Franca (TA) and the 14 ° Stormo of Pratica di Mare (RM).

The Air Force used a 27th BA C46J aircraft to carry out long-distance operations, exploiting the capabilities Air to Air Refueling (AAR) and tactical landing and take-off on a short and semi-prepared runway, to achieve the training objectives and stimulate the personnel of the aforementioned Bodies to jointly tackle the difficulties that such a complex exercise event poses from the earliest planning stages.

One of these objectives is to train the Incursor personnel to launch operations with the Free Fall Technique (TCL), to train qualified personnel Combat Controller in operations within its competence, simulate the recovery of isolated personnel or of a contingent deployed abroad.

Specifically, a Combat Controller Team (CCT) composed of Incursors of the 17 ° Stormo, the only Department of Defense Special Forces to express this ability, flew onto the Magdeburg airport, a place designated for the exercise activity, with the aim of activating the landing strip ensuring the safety of the entire surrounding area and providing for the appropriate reporting of the same. 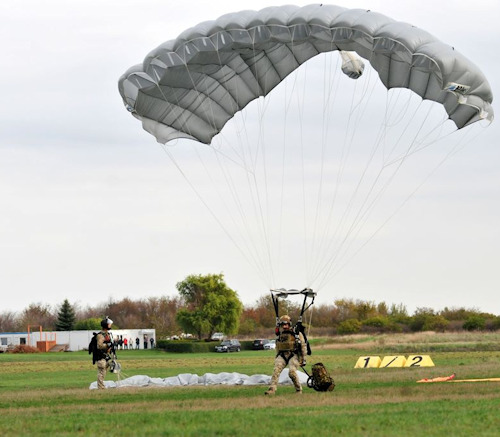 The Operators of the 17th Wing, qualified to parachute with TCL, took off from an altitude of ten thousand feet (three thousand meters) and reached the airport with precision. Having reached the goal, each operator, under the directives of Combat Controller, A qualified air traffic management incursor and the identification and demarcation of improvised runways or landing strips, has started the procedures for the landing of the C-27J aircraft of the 46 ª Pisa Air Brigade.

Once on the ground, reached theholding point designated in the planning stage, the C-27J crew waited for the re-boarding operations of the Incursore personnel to be completed, which simulated the recovery of isolated personnel in the area of ​​operation, and of the qualified Air Rifleman personnel who participated in the exercise with the task of Air Marshal Support Service (AMSS) during the parking phase of the aircraft on the ground.

This exercise was carried out outside the national borders in order to exercise the ability to operate at long distances and increase the level of mutual knowledge between the European Armed Forces, with particular reference to the host Nation (Germany).

The marked aeronautical characterization that distinguishes the crews of the 46ª Air Brigade and the Raiders of the 17 ° Stormo within the entire Section of the units of Defense Special Forces, makes this combination of highly specialized surface forces and flight arrangements possible, giving in this way the Italian Air Force can rely on its own strengths in facing operations Personnel Recovery (PR). 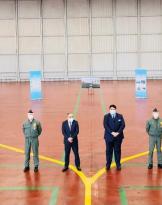 The first stone of the International Flight Training School is laid

The laying ceremony of the first ... was held today at the Decimomannu Air Force base in Sardinia.
2786
Read 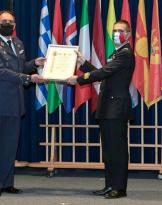 On Friday 11 December 2020, Colonel Giorgio Santoro, commander of the Operations Wing of the E3A Component of ...
1309
Read 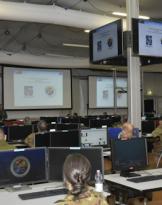 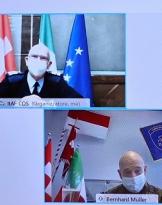 They were signed today, via video link due to the current health emergency situation ...
438
Read 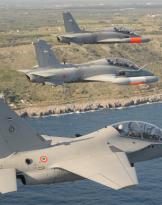 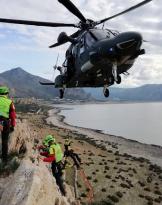 They were held on Monday 30 November, at the Trapani Birgi air base, headquarters of the 82nd CSAR Center (Combat Search ...
237
Read 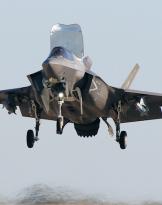 On 26 November, for the first time ever in the national field, a training mission was carried out with a ...
2226
Read 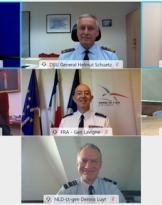 The Steering Group of the European Air Group (EAG), which brings together the Chiefs of Staff or their representatives of ...
269
Read 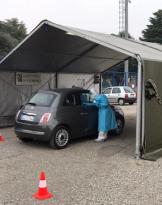 The first three Drive Through stations prepared by the Air Force have been operational since yesterday at Lecco, Meda and Caponago ...
214
Read 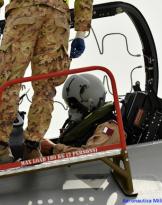 On the occasion of the visit by Defense Minister Lorenzo Guerini to Doha concluded in recent days, in the context of ...
1208
Read