Aeronautical Academy, oath of loyalty to the Fatherland for the Corso Aquila VI 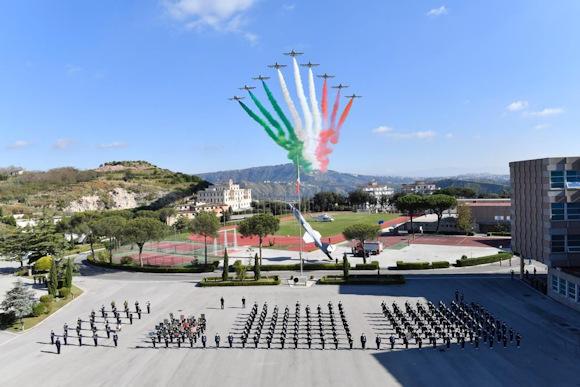 Today, October 22, with the traditional "I swear", 77 students of the course Eagle VI they have sworn allegiance to their country.

On the Piazzale delle Medaglie d'Oro of the Air Force Academy of Pozzuoli, in the presence of the Chief of Staff of the Air Force, air squad general Alberto Rosso, the commander of the Command of the AM Schools / 3rd Air Region, air squad general Aurelio Colagrande and the commander of the Academy, air brigadier general Paolo Tarantino, the students formally committed themselves to honor the ideals of loyalty, courage and sense of duty, founding principles of the Armed Force.

Also present a small number, contingent due to the new provisions in force for the Covid-19 emergency, of civil, military and religious authorities and the parents of the young students who took the oath.

The Chief of Staff of the Air Force, addressing the families of the students, emphasized: "Your children leave your family and embrace the life of another larger family: the Air Force. I thank you for having been able to train children with qualities and qualities, moral and character, which allowed them to pass the tests difficult to which they have been subjected ". 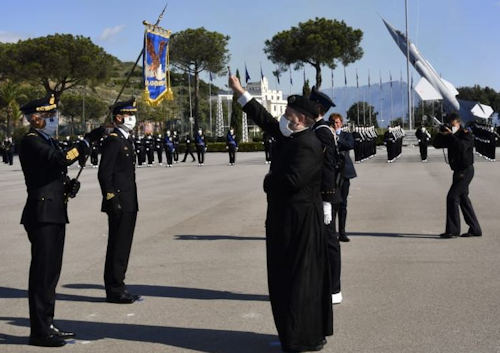 Welcoming the students of the course Eagle VI he then continued: "with the oath and baptism, the Air Force formally welcomes you. Your adventure begins today, which will be exciting and full of satisfactions. I have present, as if it were yesterday, the day I was in your place, it is a wealth that I have present every day and that marked me personally. I wouldn't change a comma of my aviation life ".

General Rosso finally addressed a thought "to those who would have liked to participate in the ceremony and could not do so, goes to the fallen and especially to General Lamberto Bartolucci, dean of the Aquila courses until last February. All the fallen are present in the pennant you received. Audacter ".

During the ceremony, the baptism of the course was also held, at which time the pennant, through an ideal handover between the godparents of the generations of the previous courses Eagle, was entrusted to the Corsican head ofEagle VI. The students ofEagle VI they thus received, symbolically, the official welcome in the ranks of the Air Force from their godparents.

The moments of the oath and the baptism of the course were crowned by the flyover of the National Acrobatic Patrol, which spread the traditional tricolor in the sky. 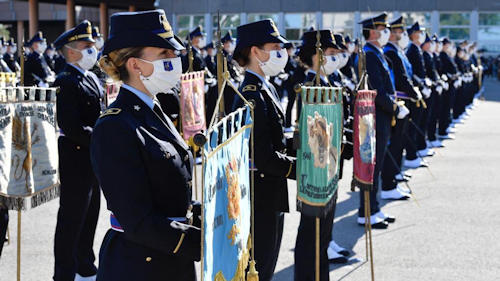 "Republic, Constitution, Honor, Defense and Homeland are, for you, words that have a different meaning from that attributed to them by those who have not made the same choice as you, by those who have not sworn to defend them, accepting the risk of losing their own life". With these words, the commander of the Air Force Academy addressed the real protagonists of this day, underlining the importance of the choice made.

The Aquila VI course is made up of 77 attendees - 59 men and 18 women - selected from over 4700 candidates. The course also includes 8 foreign students, coming from 8 different nations, based on the international cooperation agreements in place formalized by the Air Force in the field of training. It should be emphasized that, with the 1th generation, the tradition is resumed according to which each course of the Academy has its own color, decided by the courses of the XNUMXst generation (in some cases by a godmother). The course Eagle VI, the first course to reintroduce this tradition, has lapis lazuli blue as its identifying color.

On Thursday 26 May, at the Badoni hangar of the Air Force Historical Museum in Vigna di Valle, the ...
165
Read