90th anniversary of the establishment of the Bari-Palese airport 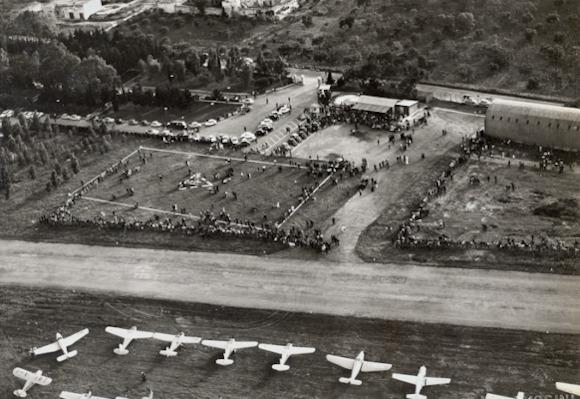 Today the Headquarters of the Command Schools AM / 3rd Air Region (CSAM HQ / 3 ^ RA) celebrated the 90th anniversary of the establishment of its headquarters: the Bari-Palese military airport.

The anniversary, in strict compliance with the restrictions imposed by the Covid-19 health emergency, was celebrated during the raising of the department flag, in the presence of Brigadier General Romeo Paternò, deputy commander of the Command of the AM Schools / 3rd Air Region (CSAM / 3ª RA) and of Colonel Maurizio Ortenzi, commander of the HQ of CSAM / 3 ^ RA, as well as a representation of the staff of the HQ and co-located entities.

Born as an airfield to protect the city of Bari during World War I, it was officially inaugurated as a military airport on 12 October 1930 and named after "Umberto di Savoia". Currently, the airport is named after "Jacopo Calò Carducci", a pilot colonel from Bari of the Regia Aeronautica who crashed during the Libyan campaign with a Savoia-Marchetti S-79 bomber.

The military airport of Bari Palese was then used by the Italian Air Force during the course of the 2nd World War and, after the Liberation, also by the British and US allied flight departments. After the conflict, the airport was established 1st Autonomous Flight Department area of 4th Territorial Air Zone and subsequently the Flight Training Center of the newly formed 3rd Air Region. From 1982, the runway was closed with the opening of a new civil runway and the Presidential Logistics Department was established and, from April 1, 1996, the Headquarters command.

Brigadier General Romeo Paternò, taking the floor, underlined how "... days like this, of remembrance, celebration, celebration, attention to the history of our departments strengthen ties both with the territory and within the Air Force Military, they strengthen feelings of participation and pride in their roots, make the institutional objectives that we are called to pursue stronger and more shared ".

Colonel Ortenzi, underlining the importance of the history of the airport in the Bari and Apulian territory, highlighted that "... all this evolution was possible only thanks to the daily work of many men and women who over time, albeit alternating with each other, seen with today's gaze, show themselves as a great cohesive and professional team".

For the occasion, a commemorative plaque of the event was created which reproduces all the badges of the departments based in the military airport, ideally linking them to the ninety years of history celebrated. 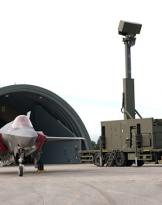 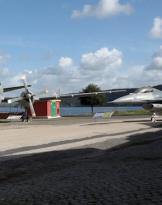 Museums: the Historical Museum of the Air Force reopens to the public

From October 31st, the Historical Museum of the Air Force will be open to the public again after a period ...
715
Read 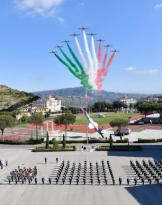 Aeronautical Academy, oath of loyalty to the Fatherland for the Corso Aquila VI

Today, October 22, with the traditional "I swear", 77 students of the Aquila VI course have sworn allegiance to the homeland. On the...
334
Read 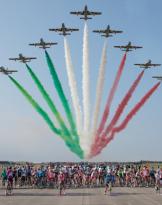 Giro d'Italia 2020: the 15th stage of the pink race started from the house of the Frecce Tricolori

Today the Frecce Tricolori kicked off the 15th stage of the Giro d'Italia which, for the first time in the history of ...
248
Read 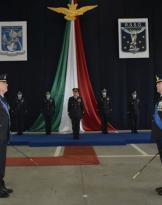 On Monday 12 October, in the operational base of Poggio Renatico (FE), the ceremony to change over to the command ...
237
Read 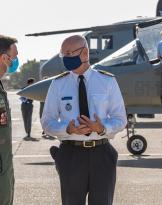 On Monday 5 October the military airport "Mario de Bernardi" of Pratica di Mare received a visit from the officers ...
320
Read 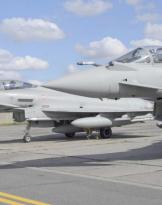 NATO: Scramble alarm in the Lithuanian skies for the Italian EFAs

With the last activation on Thursday 24 September, there are already eight scrambles that the Italian TFA, deployed on ...
885
Read 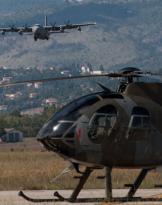 Advanced tactical training: landings on a semi-prepared runway in Frosinone for C-130J of the 46th Air Brigade

A training activity was carried out at the 72nd wing of Frosinone that involved a C -...
679
Read 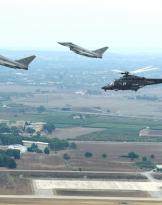 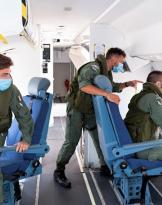 On 7 September, three new operators of the Air Force took and passed the final exams for the ...
658
Read