25 years since the "Locusta" operation 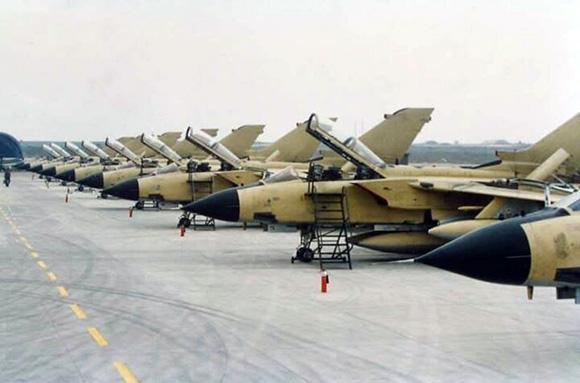 "25 years ago the operation began Locust in the Persian Gulf. Our Tornadoes took off from the Gioia del Colle base, home to the 36th flock, headed for Al Dhafra, in the United Arab Emirates, thus giving way to the first real operational involvement of the Air Force after the 2nd World War. We want to proudly underline this important step in our history and ideally thank all those who took part in that operation, contributing with passion, competence and courage to make Kuwait a free country again ".

With these words the chief of staff of the Air Force, general of air squad Pasquale Preziosa, wanted to remember one of the most significant dates at operational level for the recent history of the armed force.

The intervention of the Italian aircraft was part of the safety device put in place by the UN Security Council following the invasion of Kuwait by the Iraqi Armed Forces, which took place on 2 August 1990. A few months later the same Council of Security would extend the mandate of participating forces, kicking off Operation Desert Storm. On the night between 17 and 18 January 1991, the eight Italian Tornadoes rose from the base of the AM Autonomous Flight Department, in the Arabian Peninsula, to carry out the first mission ordered by the inter-allied air command.

During the mission the prohibitive weather conditions prevented the formation of fueling in flight, only one airplane managed to continue the mission but was shot down by the enemy antiaircraft. The crew consisting of the major pilot Gianmarco Bellini and captain navigator Maurizio Cocciolone was captured by the Iraqi army and subsequently released.

In total 226 were the flight leaks made by Italian aircraft during the 'Desert Storm' operation, for a total of about 589 flight hours. Complex missions, all completed successfully, to which additional 500 flight hours must be added, carried out by a cell of reconnaissance aircraft deployed along with other NATO assets in Turkey and the support of transport aircraft, which created 244 missions for 4156 hours flight, ensuring support for national air and naval units as well as the evacuation of nationals from areas at risk.

Joining the international coalition created to counter the invasion of Kuwait by the Iraqi army, it began what would be the first of many real operations outside the national borders for the Air Force. A commitment continued unabated to the present day to bring from one side of the relief to the other in case of wars or natural calamities and to contribute to the resolution of crisis situations.

(See also the interview of Online Defense to the general Bellini)

At the military airport of Furbara, home to the 17th Incursori wing and the 1st Special Operations Air Brigade (1st BAO ..
2945
Read

Over the past weekend, a representative of the Aeronautical Academy attended ...
287
Read

One of the most important international exercises on military air transport, the ...
2570
Read 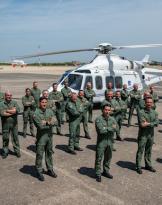 On Thursday 26 May, at the Badoni hangar of the Air Force Historical Museum in Vigna di Valle, the ...
2135
Read

On Tuesday 17 May, in the Sala delle Crociere of Palazzo Aeronautica in Rome, the commander general of the ...
623
Read