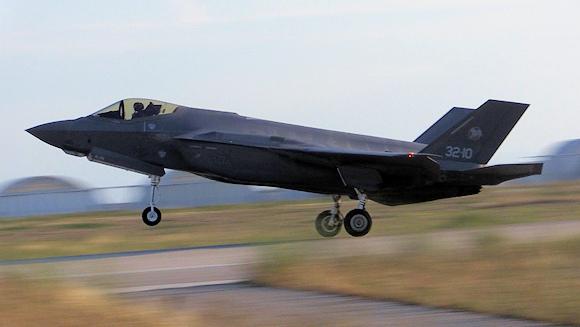 It was December 12, 2016 when for the first time an F-35 aircraft was assigned to an operational department outside the United States. The first F-35A landed on the Amendola airport thus starting the operational life of the aircraft "omnirole " of 5th Generation in Italy and Europe. Today, a little more than 5 years later, the F35 aircraft of the 32nd wing have reached the important milestone of 10.000 flight hours.

After reaching 5.000 flight hours for less than two years, incessant national and international commitments they saw the 32nd flock project air power in all its possible forms on more than one continent: from the Baltics to the US and Middle Eastern deserts, from Iceland to the Aegean, up to participation in many international aeronautical shows.

This important milestone was also studded with numerous national and international training events. Perfect storm aimed at the integration between 4th and 5th generation weapon systems, and in which they participated in the various editions Euro Fighter, G-550 CAEW, Tornado e Predator. The Astral Knight 21, a "major exercise" aimed at strengthening coordination and interoperability activities of air, sea and land capabilities, increasing the integration of command and control. There Falcon Strike 21, an exercise adapted ad hoc to the 5th Generation, designed at the Amendola Air Base and particularly appreciated by all the participating nations. 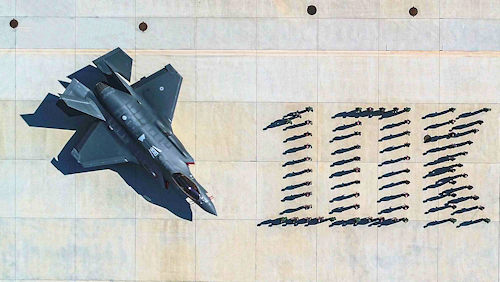 Nonetheless, the many training activities that the F-35B carried out on the island of Pantelleria were worthy of attention, allowing it to consolidate its capabilities. Air Expeditionary of the Armed Force by simulating the redeployment on a so-called basis bare / austere (with reduced technical-logistic support). Activities too joint carried out with the F-35Bs of the Italian Navy on board the aircraft carrier Cavour and with the F-35B of the US Marine Corps (USMC) aboard the HMC Queen Elizabeth, aircraft carrier of the British Navy, deserve a special mention, as well as the exercise Thunder which took place in Iceland a few days ago, which ratified - in fact - the first foreign redeployment of the aircraft omnirole in the STOVL version (Short Take Off and Vertical Landing) in remote areas and semi / non-permissive environments characterized by harsh climates, with the use of a package of rapid intervention forces and with minimal logistical impact.

The 32nd wing, which has been contributing to the national Air Defense since March 2018, will also participate in the NATO QRA service since 27 January 2022 (Quick Reaction Alert), in defense of the Airspace on the eastern flank of the Atlantic Alliance, as a stage of the path aimed at achieving the Full Operational Capability (FOC).

Pilot Colonel Roberto Massarotto, commander of the 32nd wing, in complimenting the entire department for what has been achieved, highlighted that "the symbolic stages are only an opportunity to celebrate the concrete objectives to be pursued underlying them. The commitment and sacrifice that the Department staff ensures on a daily basis becomes measurable also through the celebration of these moments. The undisputed professionalism and readiness demonstrated, often behind the scenes, is functional to make the Armed Force an increasingly cohesive and increasingly effective institution, at the service of the citizen and the entire country.".