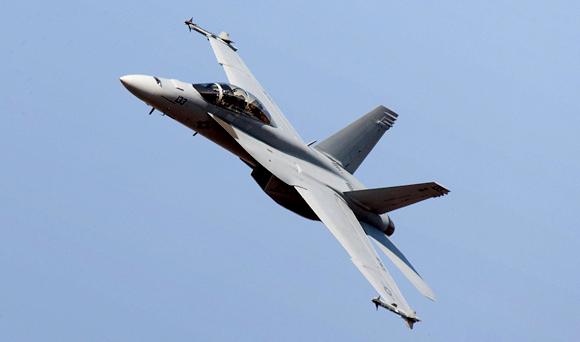 On September 25, 2020, the first Boeing F / A 18E Block III multi-role aircraft flew to St. Louis Lambert Airport, Missouri, home to the production facilities Super Hornet W / N 803 (BuNo 19708) with the livery of the Kuwait Air Force. The aircraft is the first of an order worth 1.17 billion dollars, consisting of 22 single-seater and 6 two-seater F / A 18F and option for 12 additional units, approved by the US State Department in November 2016 and signed on March 30, 2018.

I Super Hornet in the ranks of the KAF will replace the 34 F / A 18C / D at the 9th, 25th and 61th Squadron at Ahmad al-Jaber airbase, i Legacy Hornet they had been delivered in 1991 immediately after the liberation of the country at the end of the Gulf War. Furthermore, the F / A 18E / F will join the 28 Typhoon Tranche 3A ordered by Kuwait in April 2016, with Leonardo as Prime Contractor Organization, the first examples of European aircraft will arrive at the Ali al-Salem air base by the end of this year, forming two new flight departments . On 20 January 5 Kuwaiti pilots started an annual operational conversion course at the 20th Group of the Italian Air Force.

The Kuwait Air Force, like the air forces of the other Gulf Monarchies, is investing heavily in its growth by equipping itself with modern specimens capable of fulfilling all the roles assigned to it. In the previous decade, Lockheed Martin KC 130J, Boeing C 17 Globemaster III, Eurocopter EC 725 Caracal and Boeing AH 64D Apache Longbow helicopters, Patriot PAC 3 air defense missiles entered service. The US government approved the sale of four ISR (Intelligence, Surveillance and Reconaissance) platforms on the Beechcraft King Air 21ER without any signing of the contract. Finally, the remaining 2018 BAE Hawk Mk.350 trainers are on the ground even if for many years the pilots of the Gulf nation have been attending the courses of the International Flight Training School of the 6 ° Stormo di Lecce-Galatina on Leonardo M 64 Master.

Asphalt paving of the capitoline streets and garbage are among the most recent organizational emergencies where - without embarrassment ...
1023
Read

According to a press release from the Nerpa shipyard in Snežnogorsk, later confirmed by TASS, to ...
1380
Read

Despite continuing with the update program of the Aries tank, the Army General Staff arises ...
6539
Read

On 15 October the first fleet of 18 ACVs (the amphibious armored vehicle produced by BAE Systems in ...
9750
Read

Egypt would have signed, in August, for the sum of 1,2 billion euros, the order for two multi-mission frigates (...
9141
Read

The war between Armenia and Azerbaijan is highlighting the role of UAVs (Remotely Piloted Aircraft) in a ...
4383
Read