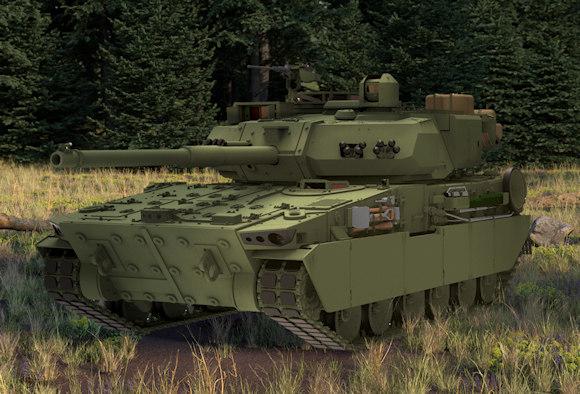 After the decommissioning of the M551 wagon Sheridan, which took place in the mid-90s of the last century, the US Army will acquire a new light tank, with the aim of being able to equip a battalion (42 tanks) by 2025 (the total order is 504 vehicles).

Following an evaluation that lasted several months and for which the two remaining competitors in the MPF (Mobile Protected Firepower) program, BAE Systems and General Dynamics Land Systems, had each delivered twelve prototypes, the Pentagon made its choice. : on June 28 last announced that it will award a contract worth 1,14 billion dollars to GDLS for the delivery of a first tranche of 70 light tanks.

The chariot of the GDLS, which uses many systems borrowed from the M-1A2 Abrams Books, has a mass of 38 t and is armed, like the BAE competitor, with a 105/51 mm piece. The medium derives from the developments of the technological demonstrators of the series Griffin with elements of the ASCOD system (Austrian Spanish Cooperation Development) and, in particular, of theAjax British. One of the strengths of the wagon of the GDLS was the logistical commonality with the'Abrams, in fact, it shares part of the M-1A2's firing conduct system, which will allow for faster training for crews.

The larger dimensions compared to the BAE tank allow to maintain a crew of 4 members as well as a greater possibility of growth in the future (the cd growth capability) while still respecting the requirement of portability inside a C-17. 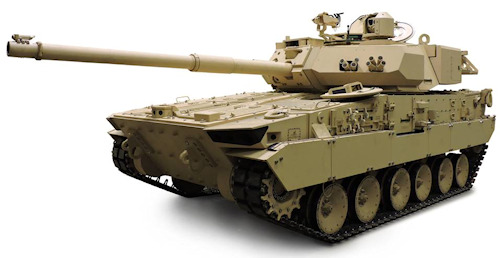 What appears highly questionable is the choice of the 105 mm piece, especially in light of the fact that a 30 t bus, the Centauro II, is equipped with a 120/45 mm gun.

The 105/51 mm rifled is considered a “more versatile” piece compared to the 120 as it can fire a huge type of ammunition. The latter still suffers from the fact that it is considered exclusively an anti-tank weapon, suitable for the use of shoe APFSDS.

However, for some years now, this concept has been overcome with the introduction into service of new ammunition - such as the anti-personnel APAM, the programmable D-11 or the American multirole AMP - thanks to which the 120 mm is made able to carry out the fire support (MGS), with the added advantage of offering superior piercing capabilities compared to 105.

The new tank will not replace the Abrams Books, but its role will be to support infantry operations, providing direct fire support against fixed positions and armored vehicles. Furthermore, a platform on tracks (unlike the rotated ones) will allow maximum mobility even on rough terrain.

It is certainly not new that aircraft of the Aerospace Forces of Moscow violate the airspace of the Scandinavian countries ....
1329
Read

Chinese soldiers will travel to Russia to participate in a series of joint exercises. To the maneuvers ...
16353
Read

It was known that Soviet, and later Russian, industrial and technological espionage (S&T) never really ...
14791
Read