Home Military world For a National Civil Defense: notes for ...

For a National Civil Defense: notes for the debate 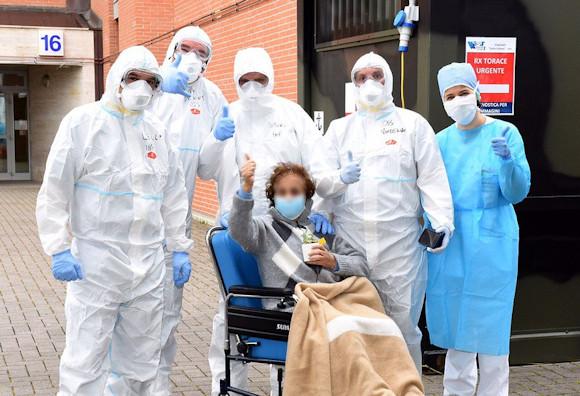 A crisis is a sudden change in the life of a community and is not, by its very nature predictable, a risk is instead an eventuality and therefore, where not foreseeable, at least calculable. Due to the effects not only of health but also political, social, economic and even cultural, the Covid-19 pandemic is a crisis that can also lead to a breakdown of the system in the event of mismanagement.

The current epidemiological emergency from Covid-19 has triggered a debate, which to date mainly involves professionals, on the need to reform or strengthen national civil protection mechanisms, transforming them into instruments of real civil defense.

This is because the current legislation on the matter and, more importantly, the field test, have shown that the Civil Protection can be suitable to face natural and anthropogenic risks which, for their specific cases, fall within integrated plans of intervention; it is quite different to be faced with a systemic crisis for which the current Civil Protection structure is not suitable.

During the emergency management, a substantial incompatibility between the "Augustus Method" and the concrete impact of the virus - at all levels - on the social body emerged.

The "Augustus Method", developed by the Department of Civil Protection at the end of the 90s, makes the entire assistance mechanism orbit around the support functions responding to a well-defined chain of command that goes from the municipal level to the national bodies . Theoretically, emergency management, which can be implemented by respecting the functions attributed to individual operators or bodies, responds to military criteria; in practice, the top structure of the Civil Protection system generates "watertight compartments" due to the substantial differences between what is expected on the paper regarding the functions, staff and offices in charge and what, on the contrary, the peripheral realities, those in the "first line", that is, the municipal administrations and with them the Municipal Operations Centers implement with the (often scarce) means available. 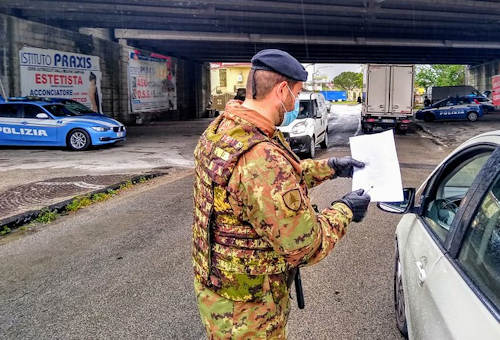 The current conformation of the Civil Protection which is based on the cooperation between the political-administrative apparatus and voluntary associations at the local level to go to professionalise going up the hierarchical scale, is the result of a broader reflection of currents of thought strongly oriented towards "Demilitarization" of the organization also with regard to terminology (for example the old Command and Control Department - DICOMAC, for the Covid-19 emergency was replaced by the Civil Protection Operational Committee) and which prevented its transformation into a National Civil Defense organ. National Civil Defense which becomes all the more necessary now, in phase 2 and which will become an essential tool in the management of phase 3 when social tensions are added to the health risks, the result of the economic crisis that will inevitably exist and have been already announced by Copasir.

The connections between the persistence of the epidemiological-economic-social emergency and the security of the state are evident. Civil Defense deals with issues of national interest and its presupposition is the existence of a state of full-blown crisis, which is quite different from the simple risk that activates the current Civil Protection structure.

As already mentioned, on the wave of Covid-19 it is no longer postponable an action to structure the National Civil Defense in order to regulate the whole sector organically and with the tools of ordinary law, to clearly establish which are the bodies to deal with this area (by setting up an ad hoc body that goes beyond the current Civil Protection) and therefore clarify once and for all the relationship between Civil Defense and Civil Protection in terms of responsibilities, tasks, organs and command structures, overturning thus an anomalous and all-Italian situation of Civil Defense subordinated to Civil Protection, which should instead be part of it.

Clearly the study on the functions and the organic endowment of the Civil Defense is up to the technical apparatuses and the political decision-makers, but it is fundamental that the debate on the matter leaves the "rooms of the buttons" to become patrimony of the public opinion and that above all it involves the institutional structures and peripheral rescue, protection and defense volunteers (municipal first of all but also provincial) who are gathering at this stage a wealth of experiences important for the future and for the definition of a future shared line that can bring, in the medium term , to a greater integration between Civil Defense (all to be built) and Armed Forces.

Pecunia non olet says the famous Latin brocardo, sometimes quoted out of turn but truthfully. And it's a question ...
7053
Read

According to Treccani, in Ancient Rome, a veteran was a soldier who, after having fought for a certain number of ...
9270
Read

For the third time in two months, Russian pilots have intercepted US planes in the international waters of ...
4128
Read

They had already announced it in the bilateral meeting in Naples last February. On that occasion the president ...
17143
Read

For two consecutive days, last February, China sent its strategic bombers over the Straits of ...
4234
Read

History teaches us that maritime routes are fundamental for the economy and, starting from the XNUMXth century, indispensable ...
5553
Read