Home Military world A Tempest on the horizon for Italy

A Tempest on the horizon for Italy 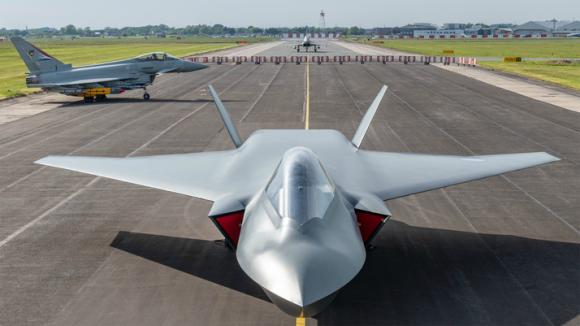 Italy should join the British TEMPEST program, aimed at creating an 6 generation fighter stealth which, from the 2040, will replace the TYPHOON.

The next 11 September there should be the signing of an initial agreement (Leonardo with its branches in the United Kingdom is already inside the project), at the same time, the technical delegations of the two countries will meet to define the technical parameters.

Now it remains to be seen whether the new Italian Government (the Conte bis) will confirm this decision, or, in the need to find resources, will postpone it to a date to be defined.

At the moment in Europe there are two projects for future hunting, the Franco-German and the British one.

The TEMPEST, at least in the prototype phase, appears as a large twin-engined low-detectable twin-engine aircraft with great autonomy. The aircraft is conceived as a network-centric system, or as a highly connected and nodal "system of systems", assisted by AI (Artificial Intelligence) forms to better withstand any cyber attacks.

The center of the TEMPEST is the new virtual cockpit, in which all the instrumentation and control panels are projected directly onto the rider's helmet.

As for the armament, the new fighter can simultaneously manage different weapon systems, as it will be called upon to perform different types of missions, from scramble to attack in depth, to SEAD operations (Suppression of Enemy Air Defences).

The Italian industrial system could bring a high technological background to the British project. As is known, Italy already has experience on an 5 ° generation aircraft (the Lockheed Martin F-35) and is the only nation in Europe to have a structure (the Cameri FACO) for assembly.

After the suspension of the German KSK for pro-Nazi sympathies, it is the turn of the prestigious 22nd SAS regiment (Special ...
3897
Read