Home Military world An "amphibious" Hercules for the Special Forces ... 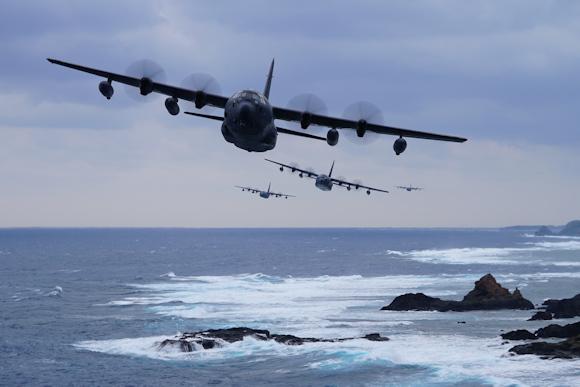 The USSOCOM (United States Operations Command) is evaluating the possibility of acquiring an "amphibious" version of the MC-130J aircraft Commando ii (opening photo). As an idea it is certainly not new, however the technologies of the past have not allowed the realization of several projects that, instead, could see the light nowadays.

Already in the 60s, Lockheed had unsuccessfully proposed a seaplane based on the C-130 to the US Navy. Hercules.

During the Second World War the H-4 Hercules program was born, entrusted at the time to the Hughes aircraft (next photo), which consisted in the development of an oversized transport seaplane to replace the type freighters Liberty Ship, which during the crossing of the Atlantic often suffered attacks from German and Italian submarines.

Nowadays, the idea of ​​a Hercules in the seaplane version is back in the news, especially for a possible use in future operational theaters planned by the Pentagon, such as that of the South Pacific. 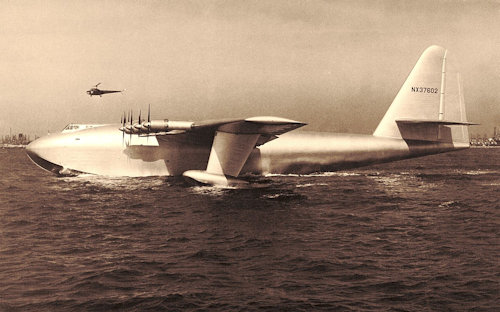 On 19 May, in a conference organized by the USSOCOM for industry (SOFIC - Special Operations Forces Industry Conference), Colonel Ken Kuebler unveiled the MAC program (MC-130 Amphibious Capability) which, as the name indicates, consists in giving an amphibious capability to the MC-130J Commando ii, i.e. the version of the KC-130J Super Hercules used by American special forces. The aircraft will therefore be able to operate both on land and on the sea surface.

The MC-130J Commando ii it was designed to carry out infiltration / exfiltration missions in hostile or non-permissive areas.

A feasibility study of the program is currently underway. If all goes according to plan, the first modified aircraft should fly no earlier than 2025.

After the decommissioning of the M551 Sheridan tank, which took place in the mid-90s of the last century, the US Army ...
1297
Read

The director of the Kredmash mechanical plant in Kremenchuk would have confirmed (source Komsomol'skaja Pravda) that ...
4456
Read

On June 6, with two separate ceremonies at the Fort Wainwright and Elmendorf-Richardson bases, she was reactivated in ...
8035
Read

For a long time, Difesa Online has emphasized the importance of acquiring (and maintaining) artillery pieces, monotube and ...
21567
Read

British Army Chief of Staff Sir Patrick Sanders says the invasion of Ukraine by the ...
11556
Read

During the last world war the Panzerkampfwagen V Panther, having solved the initial mechanical problems, was ...
26805
Read